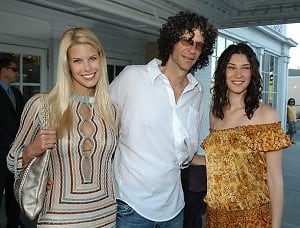 We've never been ones to doubt Howard Stern for speaking his mind, but is attacking Larry King taking it one step too far? Stern took some time out of his weekend at his home in the Hamptons, to speak his mind about King during a party. Though perhaps Stern was being a bit harsh, he was responding to being called "worthless and tasteless" by King first. We'd like to say, knock it off guys! If Jill and Alex could remain civil for an afternoon, why can't you two?