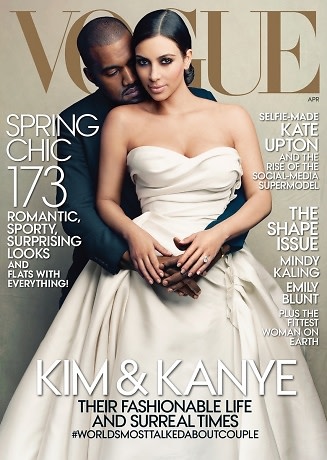 Well, it's finally happened. Unless you've been trapped in a subway station with no wifi for the past few hours, chances are you've seen Vogue's April cover all over your feed on Twitter, Instagram, Facebook and whatever-other-social-media-you-use. Kimye has officially made it to the big leagues. And not only does the "Shape Issue" feature the infamous couple as its cover story (along with the hilariously too-long hashtag #worldsmosttalkedaboutcouple), the shoot is also totally nuptial-themed, which, we must admit, is putting us on serious wedding watch. While jokes have been made, and some praise has been paid, the rumors surrounding this headline-making issue can finally be put to rest thanks to the big V's EIC herself.

According to the Daily Mail, Anna Wintour addressed the whispers about Kim and Kanye's Kover (too much?) head on in her April 2014 Letter from the Editor.

"You may have read that Kanye begged me to put his fiancée on Vogue’s cover. He did nothing of the sort. The gossip might make better reading, but the simple fact of the matter is that it isn’t true."

Besides clearing that little rumor up, Wintour had nothing but positive things to say about the couple, once again dispelling the idea that the fashion world found them too gauche to be let into the sacred inner circle.

"Kanye is an amazing performer and cultural provocateur, while Kim, through her strength of character, has created a place for herself in the glare of the world’s spotlight, and it takes real guts to do that."

Of course, not everyone has been as welcoming. International fashion blogger Bryanboy Insta'd the cover with this rather miffed caption:

While we understand the backlash regarding the fashion world's hallowed Bible, Vogue has been featuring celebrities on its cover for decades, so does it really come as that much of a surprise?

Also, in case you haven't noticed, Anna Wintour can do pretty much whatever she wants. 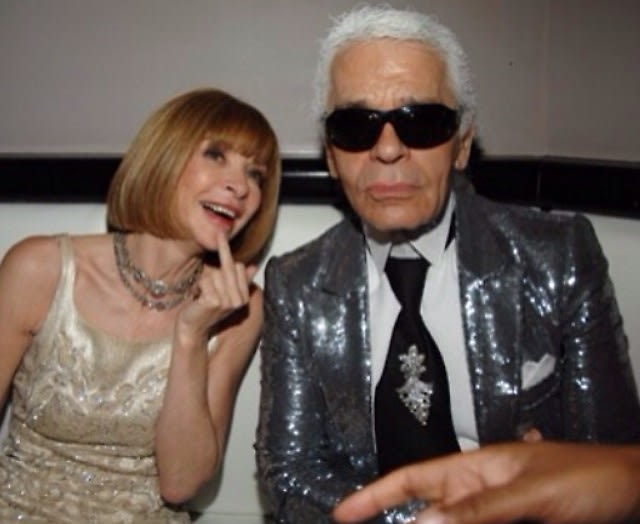