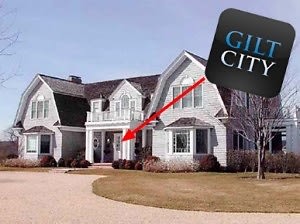 We mentioned last week that the Gilt City home would still be opening its doors, but that those doors would no longer be to the East Hampton estate they had originally anticipated. Well, getting the boot from East Hampton did not seem to stop Gilt from continuing with their party plans. [Photo via Curbed]

Once the word was out that the Gilt City home would be moving locations (from East to Bridgehampton), the town of Southampton started looking into the legality of everything. According to Curbed,

Yikes! But before this home got shut down for the second time, pictures and tweets came pouring in from their Friday night opening party - proving it not only went down but it was just as fabulous as anticipated!

And Alison Brod PR (@AlisonBrodPR) tweeted this tasty table set up by Godiva! 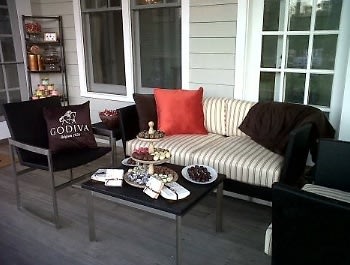 Yaah-Umm, looks like the Gily City Home is officially in full swing.