We had told you about the Gilt City luxury home that was set to open its doors in East Hampton this week, and then we mentioned to you the issues that East Hampton town was having with the home. Well it looks like the activities will in fact happen, just in a different location. Not to worry, the movie screenings, elaborate dinners, poolside yoga and cocktail parties will still be taking place, only on a Birdgehampton Estate rather than the East Hampton home. No photos have been released of the new estate yet, but I am sure that it is going to be just as stunning as the East Hampton home.

The first events will kick off this weekend, including a Sunday dinner with the restaurant-owning Scotto family. A Gilt rep said, "We are pleased the private events will open on time as planned." [via]

Alright, so it seems that everybody has gotten their way. Oh wait, hold on, how do the residents and the town of Bridge feel about this move? 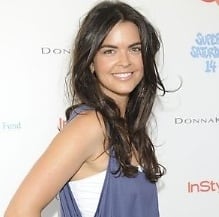 Don't worry I'll still be coming by ya'll [photo via]