Social climbers will go to extremes in order to "connect" their way up the social ladder. The Hamptons can be a strange and confusing place where those who are actually of importance (and old money) may find themselves picking on appetizers with blood thirsty, bottom feeders...The extent of this twisted-ness is fairly new to the East End, which is why the idea of the infamous Hamptons Blue Book, may have been great back in the day, but I can't help but think this year's edition probably lost the waspy charm it once had with its, 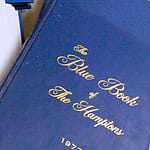 The Blue Book of the Hamptons is called the most expensive phone book (this years edition will cost you $80). And although in past years the book past years had been described as,

"A local directory for the area’s wealthy, socially connected residents, many of whom belong to nearby country clubs. But it is also a pared-down version of the Social Register, one that takes entry only by application and plays into the vanity of both new and longtime Hamptons residents." [via]

[Photo via] There were not nearly as many cheeseballs looking to find a way in as there are now. 80 bucks is a small price for them to pay to start their climbing. I wonder how hard it is to get your information out of the book. Just like the Hamptons itself, once everything is made available to everyone it's not as special. 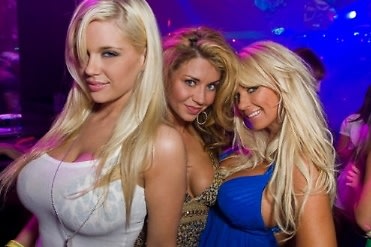 I hope the old school blue bloods start a new underground society book, to protect getting flyers sent via email for parties filled with chicks that look like this... [photo via]

Yeah, the Mortimer's are probably going to probably want out...