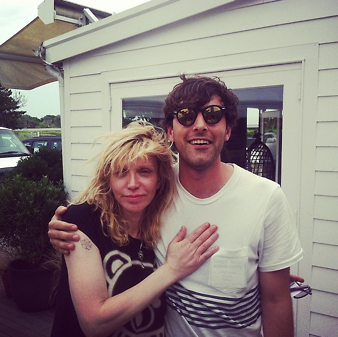 -Mitt Romney's fundraiser at David Koch's humble abode did not have VIP entrance, and that is just so not acceptable in the Hamptons [NYTimes]

-Courtney Love enjoyed herself at the Surf Lodge this weekend, and most of that time was spent in the nude [NYDailyNews]

-Stickers will now be used to discourage underage drinking on Shelter Island, but doesn't that seem a little bit counterproductive? [NorthForkPatch]

-BFFs Anthony Bourdain and Eric Ripert spend their summer in the Hamptons, most likely surrounded by the best food they could find, or cook [HamptonsMagazine]

-The man who intruded P Diddy's house last year reveals the menu for his 24 hour adventure, and it includes a cheesesteak, a cheesecake and a bucket of fried chicken [NYMagazine]