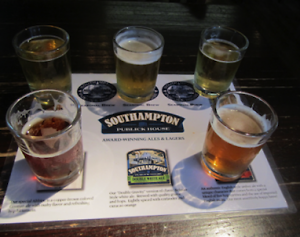 -Governor Andrew Cuomo only comes out to the Hamptons to see his family, not for the scene. Although he did meet his girlfriend "on the scene" just last year [NYTimes]

-Looks like Alec Baldwin has bit himself in the ass by joining a group that is devoted to denying other private property rights that he demands himself, just like his little wind turbine situation [NYPost]

-As if you needed another reason to drink good beer, a new state regulation favors small-batch breweries, like the Southampton Publick House and Montauk Brewing Company, making it more affordable for them to operate [EastHamptonPatch]

-Ever wonder what it's like to be behind the retail counter in the Hamptons? Here's what the most miserable day would turn out to be like [EastHamptonStar]