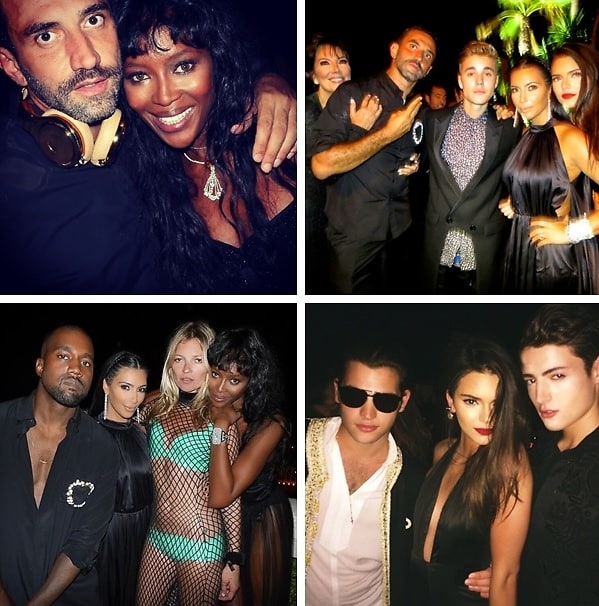 Since its sizzled-and-fizzled time in the limelight during—shall we say, the mid-aughts?—Ibiza has been considered more of a neon-lit party playground for the EDM crowd than an exclusive getaway for the rich and famous. Well, it seems this little island off the coast of Spain has earned back some of its A-List cred after Fashion's finest and Hollywood's hottest came to play over the weekend, in honor of Givenchy's own luminary, Riccardo Tisci, and his epic 40th birthday festivities. The glamorous affair, held at Los Olivos, brought together the likes of icons old and new, from Kate Moss to Kim Kardashian, from Jared Leto to Justin Bieber. And since the stars can't have a fabulous time without taking the opportunity to feed us bystanders some serious #FOMO, there was (luckily) plenty of live coverage straight from the guests themselves, which means we didn't miss those 24kt gold Beats By Dre courtesy of Naomi Campbell, nor the Brant-Brothers-sandwich little Kendall Jenner found herself in at some point in the night. And please don't even get us started on the birthday cake! Click through for all that and more from Riccardo Tisci's 40th Birthday bash.