Season 4 of the Jersey Shore will be on our TV sets before we know it. With its fourth season slated for an August 4th premiere, the cast has been all over the media lately. And not for their usual guido shenigans either. There's been so many rumors buzzing around the show's cast lately. So we ask, what the hell's been going on with the Jersey Shore?!

MTV and the cast began filming in their motherland of Florence, Italy back in May. They have been back in Seaside since June and already drumming up loads of drama for the golden show's 5th season. [Stop already!]

Snookie does more GTL than the boys

Thanks to twitter and Snookie's facebook page, we're all aware of the pint-sized guidette's journey into fitness. So with Snookie in the gym more than the guys, what's going to happen with our favorite party girl? 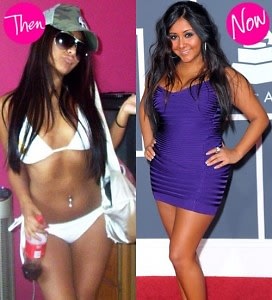 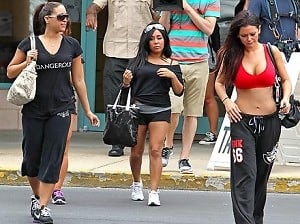 Will the show still be the same with a Snookie that watches her calories and alcohol intake? Who will be the show's sacrificial lamb to the party gods now? Deena?

The Situation and Vinny leave the show...then come back?

According to US Weekly, an insider shared information about The Situation leaving the show, claiming that he was "over the whole thing". I wish I had the opportunity to be "over" whatever their current huge salary is. Rumors of The Situation leaving came right on the heels of Vinny's early exit also. 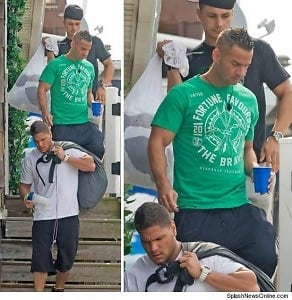 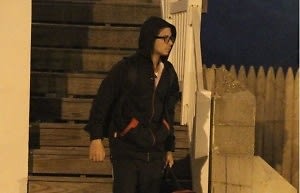 Following a big altercation with another castmate, Vinny reportedly left just days into filming its fifth season to head home to his mother's cooking. No worries though, your favorite Italian momma's boy returns though after dinner and persuasion with the remaining castmates, which was probably all filmed. I hate to say it but Season 5 is already looking like good trash-glistening reality TV.

The Shore's cast has a bit of freedom since being back in the States and may be exercising it in ways not aiding in production which is pissing MTV off. MTV has no issued a zero tolerance policy! According to TMZ and a source close to production, the network is holding firm in their stance. If another castmate leaves the show during taping, their contract is up. That person will be fired with the remainder of their contract terminated.

We're wondering if the drama and oddities surrounding the show's fifth season will overshadow the season prepping to premiere next month?