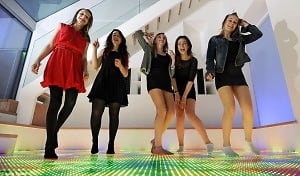 London teeny-boppers have a new club to hit...if they can make the guest list. Who gets in is all up to siblings Gil, 16, and Tilly, 12, whose parents Claire Farrow and Ian Hogarth built a nightclub in their house, right down the hall from the kids' bedrooms.

The club is complete with a professional DJ booth and sound system, an illuminated dance floor, and flashing lights. According to the Daily Mail, the club cost the couple upwards of $1.5 million to build in their West Kensington home.

Giving the kids a cool place to hang out after school wasn't the only incentive in building the in-home-nightclub. In an interview with the Evening Standard, Ms. Farrow revealed that the safety of her children also played a large role in her decision.

"This was our dream house, everything we ever wanted... It keeps the teenagers under your roof so you know where they are."

Little Gil, who DJs at the club, and Tilly, whose friends come over to dance the night (or afternoon) away, are enjoying the glamor of having their own personal Richie Rich style club at home. Something leads me to believe that in a few years, however, they'll notice that the real centerpiece of any hotspot is blatantly absent: the bar.

For now, Gil and Tilly contain their after-school antics to their own home, but who knows what will happen when these two party-animals wise up and start smuggling in the booze. 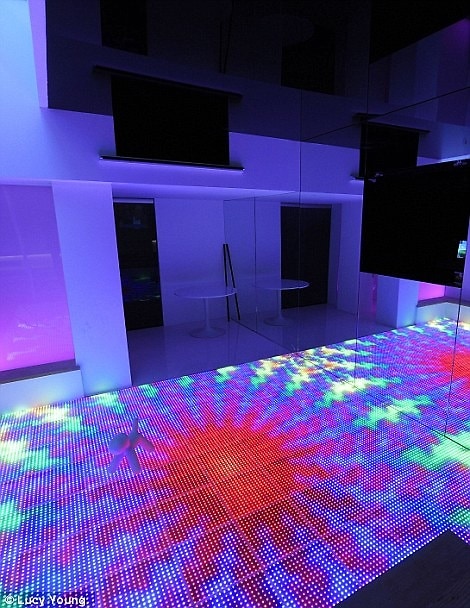