Another week is coming to an end, and like clockwork I (Alexis) will bring you another list of the best art-related things to see and do in our great town and all the news you need to know to sound informed and cultured at any cocktail party you attend! Shall we begin? 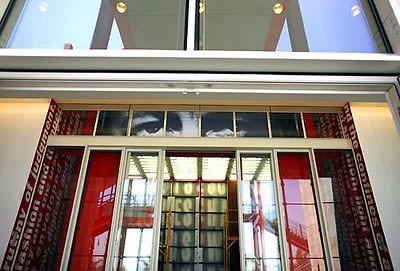 1. LACMA has a new micro-show up on the top level of BCAM called Color & Form. Seems to be a really interesting curation, and a good excuse to ride Barbara Kruger's elevator! [Unframed]

2. A public mural entitled Alphabet Block Construction, located in Venice Beach on a Lifeguard tower, will be torn down next week due to safety concerns barring any last minute angel donors. [Argonaut]

3. Two exhibitions opened at The Getty this week and both look very promising, Obsidian Mirror-Travels: Refracting Ancient Mexican Art and Archaeology and Imagining the Past in France, 1250–1500. I mean, what is an Obsidian Mirror Travel? Curiosity will get the best of me! [Getty] 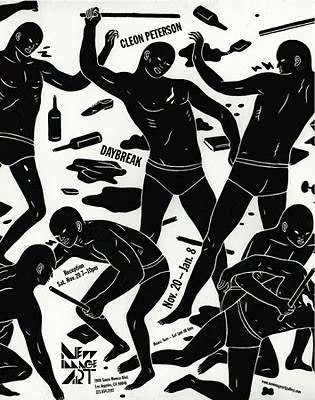 4. Frances Brody has left over $100 million to the Huntington Library which we are reminded was the brain child of Henry Huntington, his astronomer friend, and his astronomer's invisible friend "the little elf." [LACMAonFire]

5. Cleon Peterson is opening at New Image Art in arguably the coolest gallery in West Hollywood this Saturday night. If I didn't have to go see my brother in a play in Valencia, I would totally be there! [NewImageArt]

6. The Japanese American National Museum won a federal medal of excellence with a prize of $100,000. With museum budgets extra tight these days, this is some great news! [Culture Monster]

7. Here are a few things that are semi-art related, but generally awesome and you should know about:

-A dinosaur egg found by the REAL LIFE INDIANA JONES will be on display!

-Robert De Niro created an art prize to honor his father who was a painter…awww!

-Did you know that Prince William and Kate Middleton met while studying art history? Double aww!

-Why was that Chinese vase worth $85 million?

-Someone posing as a "Jesuit Priest" has hoodwinked museums all across the USA with his forgeries that he fronts as donations!

-Was Michelangelo inspired by brothels and bathhouses?