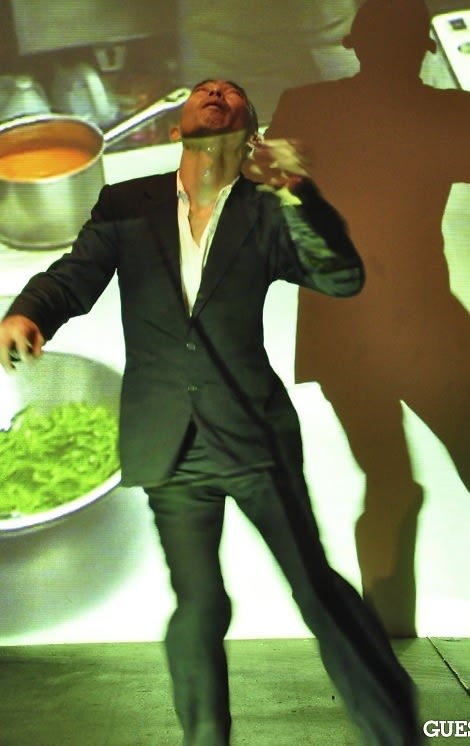 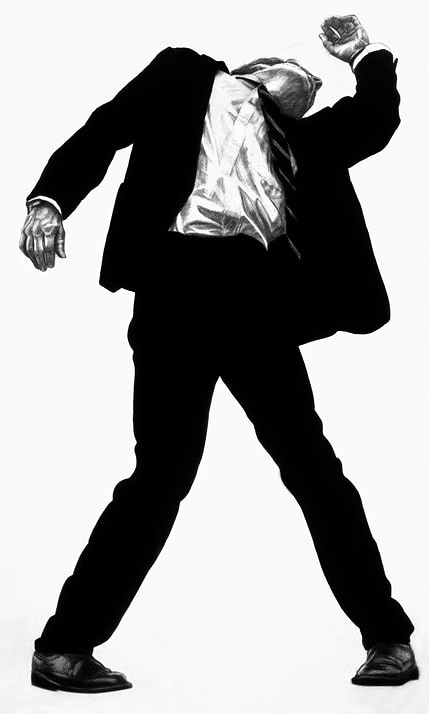 Looks like Japanese interpretive dancer Oguri got some inspiration from artist Robert Longo's charcoal series, "Men in the Cities", which you may recognize from the walls of Patrick Bateman's stark apartment in American Psycho.

Oguri took his his own spin on the jumping black and white figures in suits from the Longo series at Royal/T's Angel City Arts Benefit Auction this week as entertainment for diners enjoying a four-course meal. Patrick Bateman would've been a big fan. Go HERE for more photos of Oguri from the night.