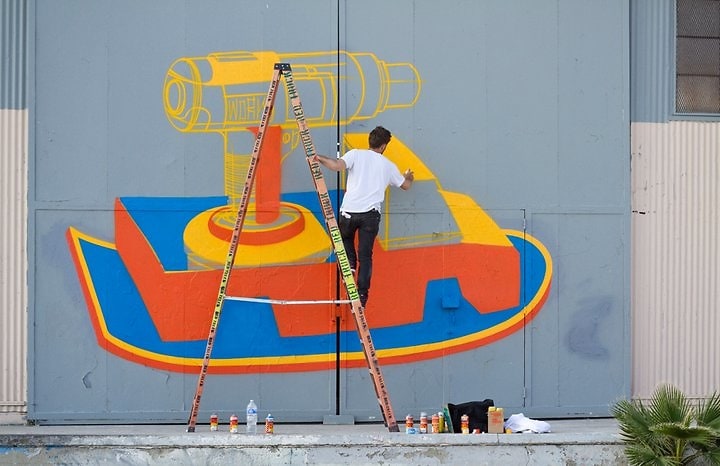 Belgian-born L.A. transplant Chase Marielleska, or Chase as he's known in his professional sphere, has been throwing up local street art since the 90s and recently completed "The Campaign for the Absurd" project in Venice. Maybe you've seen it? It covers an entire block along the boardwalk so it'd be hard to miss.

As a skater who came here 16 years ago in pursuit of his sport, the streets are in Chase's blood with over 150 murals in L.A. to his name and even more worldwide. Although he's been putting his art around Venice, for the last couple of decades, he says of his recent large-scale project,

"I'm especially honored that now I'm a part of Venice Boardwalk history for years to come."

As for the purpose of his boardwalk masterpiece, the subject matter of which ranges from slices of pizza to eyeballs, he says it's "all about painting unexpected silly things on walls in order to make people laugh as they pass by" as the title suggests. Simple, enough, and I appreciate him not being all James Franco about it.

See him in action in this video capturing the artist with his Venice block when it was still a work-in-progress:

Here are some still photos of scenes from "The Campaign for the Absurd" on Venice Boardwalk: 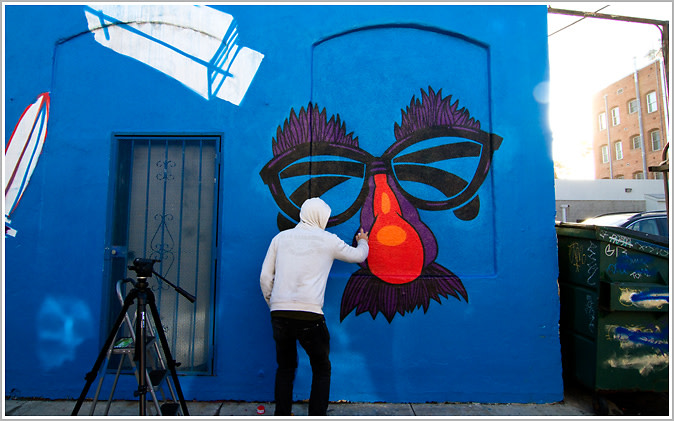 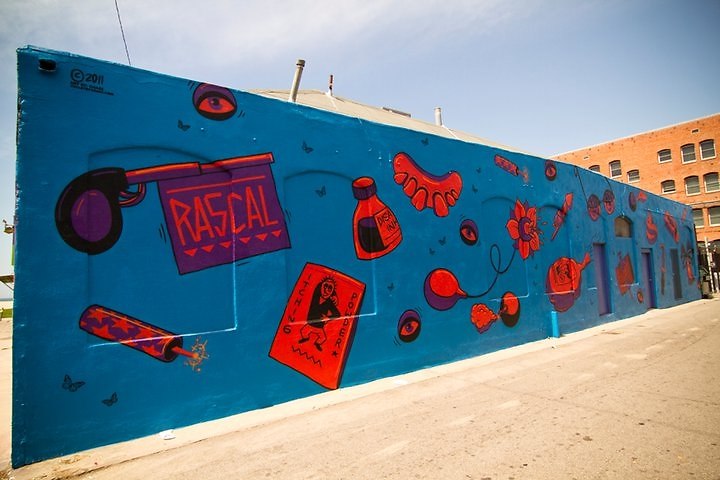 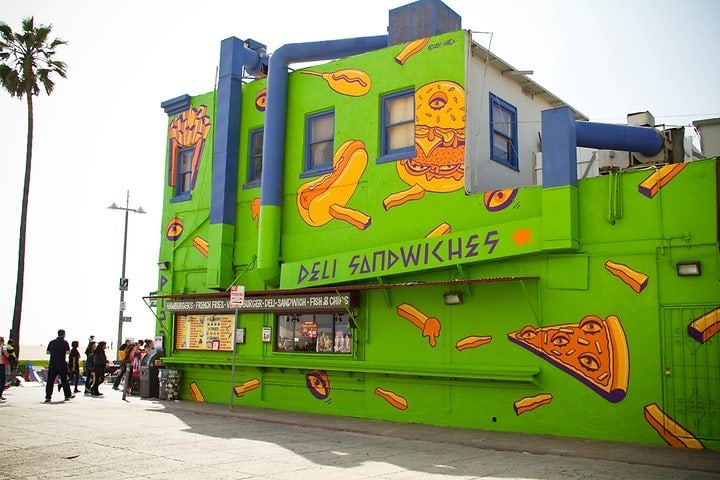 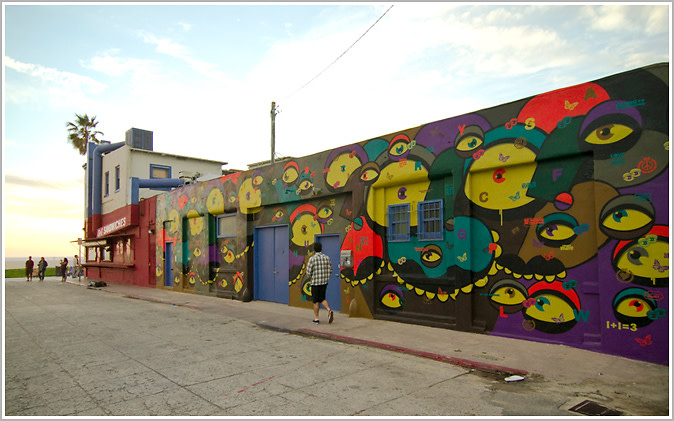 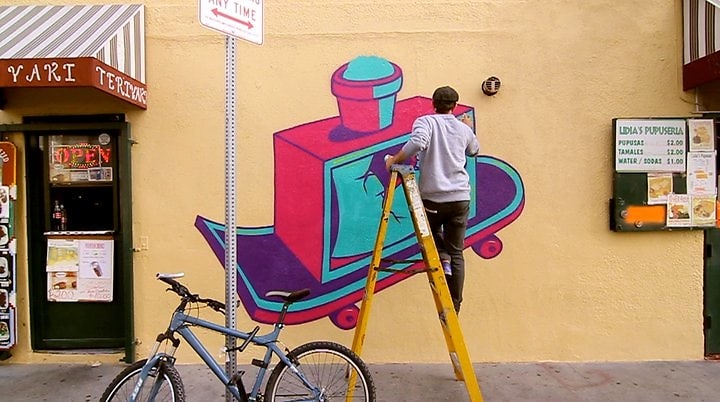 And here's a van he painted just a couple of weeks ago in Hollywood: 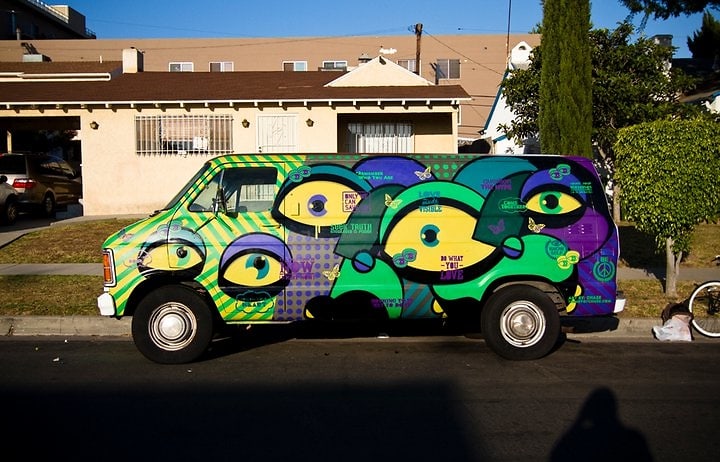 Stay up to date on everywhere Chase marks his territory by following his blog and Facebook page.

[All photos via and via]