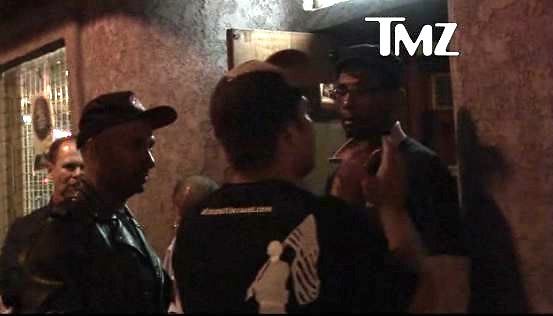 Depending on how you look at it, Tom Morello is either even more of a badass after the events of last night, or else he's become terrible at Raging, against machines or otherwise. As TMZ reported earlier today, the 26th Greatest Guitarist Of All Time (according to restaurant company Rolling Stone) broke up an escalating shouting match outside of the Troubadour after his The Nightwatchman solo-project gig before it could turn physical.

And while celebrities are still far more likely to start fights than to end them (oh, hey, The Game!), there are other examples of our rich and famous defusing conflict. Let's look!