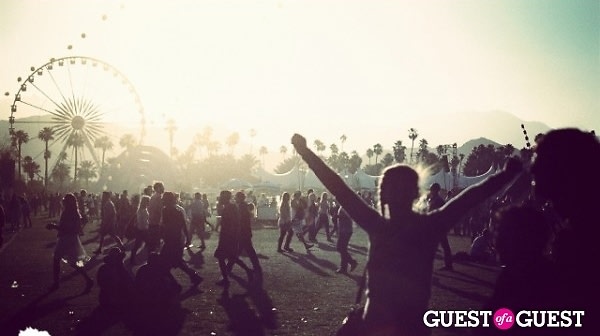 Rampant speculation on the Coachella 2013 lineup continues following last week's major hint droppage that The Rolling Stones would be a headliner this year. With the official festival lineup traditionally released right around this time of the month in January, the anticipation is mounting and today we get another tease thanks to MTV which took the liberty of leaking a 2013 lineup flyer. Albeit, a totally fake one someone who learned how to use Photoshop over there made with a pretty hilarious list of "performers" that might make you snort... 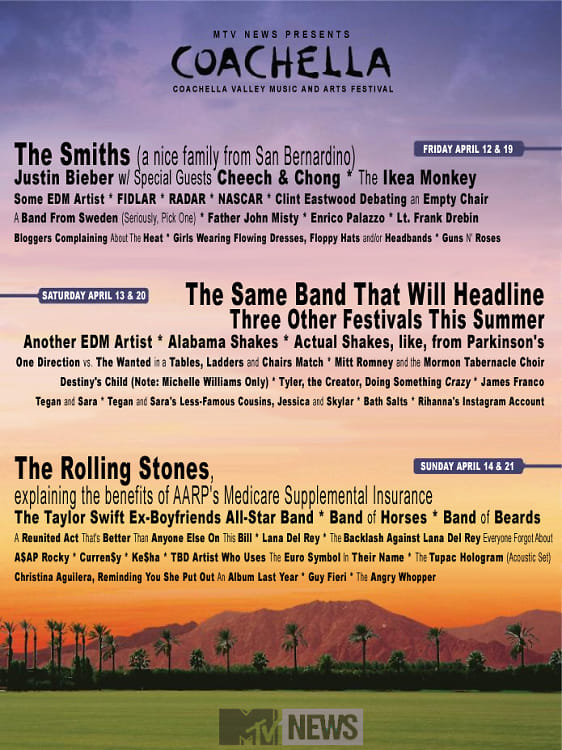 Some of our favorites from MTV's Coachella 2013 lineup flyer:

Clint Eastwood and an Empty Chair

We know it's difficult, but just try your best to keep your shit together until the official lineup is revealed, okay? In the meantime, stay strong and take a look at some more of our Coachella 2013 coverage: