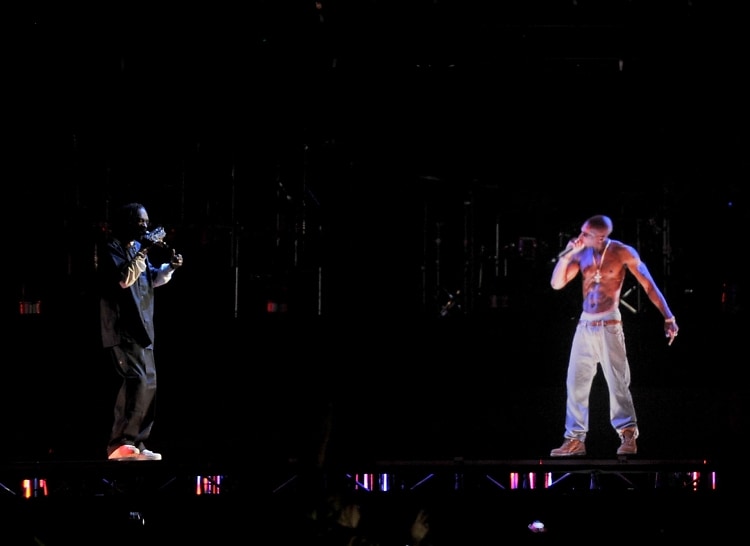 By all accounts, Dr. Dre and Snoop Dogg's headlining Coachella show would have been jaw-dropping even if they had only stuck to bringing out surprise guests who were still alive. After all, Eminem, 50 Cent, Warren G, Wiz Khalifa and others all took the stage during last night's mega-set. But Radiohead had just played an instant classic two-hour set the night before, so Snoop and Dre knew they were going to have to go above and beyond to impress the crowd. I think doing two songs with Tupac Shakur on stage via hologram probably accomplished that.