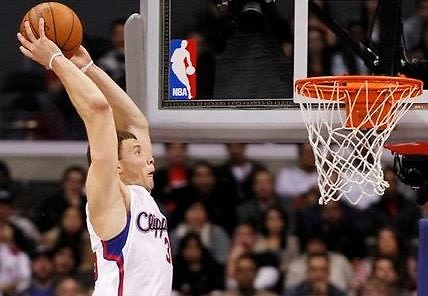 While most of our Daily Style Philes lately have focused on monsters of one sort or another– whether they happen to play one on television or just act like one in general– today's subject is probably the only one whose sheer physical abilities might actually deserve that qualification. That's right, we're talking about the Clippers' Blake Griffin, the most explosive power forward to happen to Los Angeles basketball since A.C. Green (at least on his wedding night). Oh yeah, and guess what? He's also a pretty funny dude.

[Unless otherwise noted, all photos via]