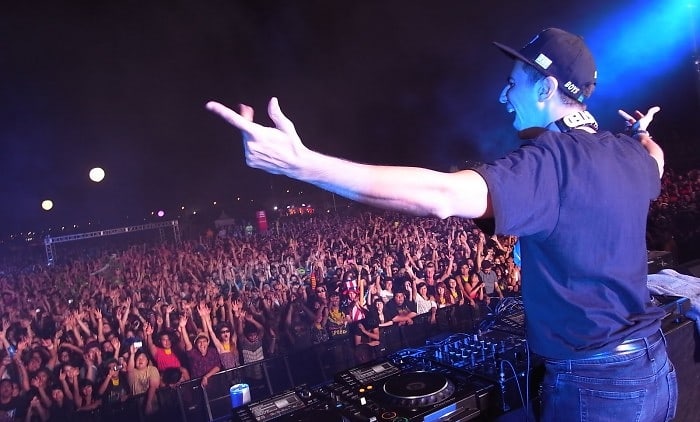 One of the drawbacks to many electronic music shows is that they take place indoors. As much fun as a club night with a major headlining DJ can be, a sweaty, claustrophobic indoor space is just kind of the wrong look when you're in the middle of a summer as beautiful as we've been having here in Southern California*. That's why we're beyond thrilled for next weekend (August 3 + 4)'s HARD Summer, Downtown L.A.'s annual massive rave-style outdoor music festival, which looks to seriously up the ante this year with 2 days of music across 4 stages and an insane lineup that should satisfy ravers, indie kids and even hip hop heads. Read on for the full lineup, set times and more!

*our sincere apologies to the rest of the country, who we hear are suffering greatly