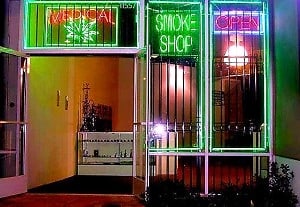 The amount of open fire in pot dispensaries around L.A. is enough to kill the buzz of the whole county.  The most recent of three shootings over a three-day period occurred during the robbery at a Northridge weed shop.Days earlier, two separate shootings occurred within hours of each other.  The first shooting at a clinic on Sunset in Echo Park left one worker wounded and another dead, and the second robbery took place in Hollywood claiming the life of another victim. This most recent incident on Saturday left a worker in critical condition after he was shot in the face.

So who's taking care of this mess? Well let's leave that one to our good ol' Sheriff Lee Baca, who has recently been getting heat for over 33 incidents of  AUI (arresting under the influence). Yeah, cop sloshed on the job. Hopefully we can count on him and the LAPD to sober up and put an end to this streak of weed shop violence, but won't hold our breath.