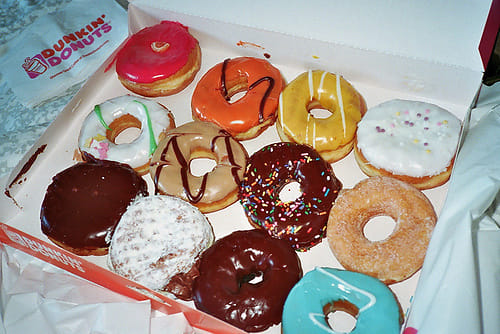 The internet is ablaze today with rumors that east coast mega-franchise Dunkin' Donuts may finally be bringing their coffee-for-the-common-man routine to Southern California, as part of a planned major expansion. And though you've probably heard at least one east coaster speak in orgasmic tones about "Dunkie's", you may be surprised to find that opinions are more sharply divided among transplants than it might initially seem.

I've asked my brother Nick, who also lives out here in L.A., to help me present a little point/counterpoint about whether You, the L.A. local or native, should be excited for this development. He seems agitated, so I'll let him go first. 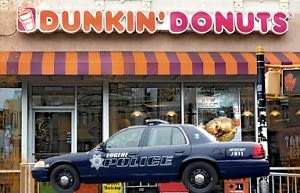 Dunkin' Donuts sucks, and has always sucked. If you lived somewhere with Dunkins in the past, you probably have fond memories of grabbing a quick 48 ounce coffee and maybe a pastry. Do not trust your own memory, it lies to you. Distance from Dunkins will make you remember it fondly, like an ex-girlfriend from high school. However, just like your ex, time and distance has warped your memories, and thus the girl that went down on Jeremy Cerone for Coldplay tickets on your birthday becomes your first true love.

So too with Dunkins, which not only is not as good as you remember but is actively terrible. What McDonald's is to hamburgers, Dunkin' is to sweet pastries and coffee. Their donuts are baseline. Their coffee is either tasteless, or way over-sweetened. They offer nothing that you can't get much better somewhere else. And don't try to tell me that their hot food makes the difference. They cook that garbage in a microwave. Nothing truly delicious has ever come out of a microwave. 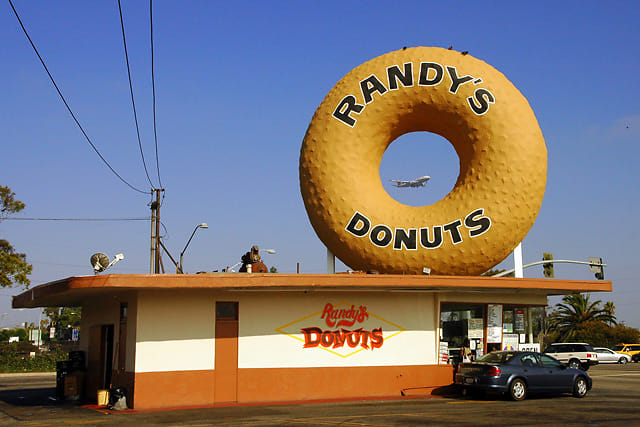 We live in a city with a dearth of great, small donut places. Have you ever actually been to Randy's Donuts? Go. Go now. Get a dozen donuts for 12 bucks. Savor them. remember how they taste. Because if Dunkin' comes to L.A., all that will be ruined forever. Do you really think the corporate overlords at DDHQ give a shit about running these places out of business? That's not how they grew from a local Massachusetts donut shop into Lord Dunkin', Dictator of Donutland.

First it'll seem nice to some of you to see a Dunkins here and there, but soon the virus will spread and you won't be able to drive three blocks without seeing one. Shortly after that, the Dunkin' Secret Police will be kicking down your door because your neighbor ratted you out as a Krispy Kreme sympathizer. California will be running on Dunkins, whether it wants to or not.

I'm begging you, don't support this madness. Keep California an independent Donut Republic. Don't let the long arm of Dunkin's marketing machine force their bland, mass produced Donubortions down your throat. Rise up, California! Rise up and fight for your donut rights! 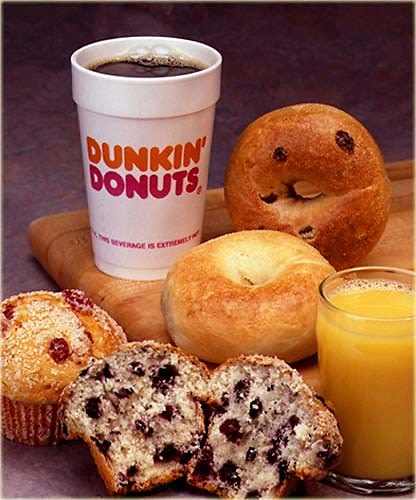 Right off the bat, let's get one thing out of the way. Nothing you eat or drink at a Dunkin' Donuts will be the best ________ that you have ever consumed. The coffee is medium-bodied, medium strength and fairly tasty, but you will not be detecting hints of Nigerian elderberry or whatever douche-y tasting notes the new $7 blend at Intelligentsia cares to purport. The bagels are pretty good, the breakfast sandwiches are workmanlike, and the donuts, frankly, aren't that great. If you're eating in your car, you should not be concerned about having to swerve your vehicle onto the median in order to start calling your friends.

But that's the point. See, Dunkin' Donuts isn't some opportunistic gold-digger that only wants a piece of you when you're on top of the world. Let's face it, anyone that's ever humped a 9-to-5 knows that there are days, wretched, mid-week, hung-over days, where you don't have time for a full breakfast, but you'd sooner gouge your left eye out than plunk down ten freaking dollars for a "Venti" and some spinach-feta breakfast-wrap (that's also made in a microwave by the way, Nick). 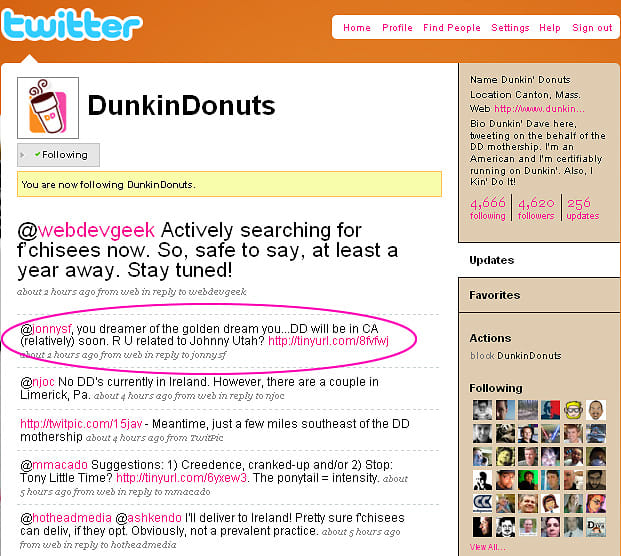 Dunkin' Donuts is a true friend, the kind that's willing to be your friend even when you wake up on the bathroom floor with magic marker on your face and $3.74 in change in your pocket. In LA right now, where can you honestly say you can duck into for a quick, cheap commuter breakfast? Coffee Bean's great, if you have fifteen bucks and thirty-five minutes to kill waiting in line behind multiple old Persian people, and if you eat McDonald's breakfast more than one day a week, you ought to just start stockpiling extra insulin now for your exciting future as an obese diabetic. This is why you've ended up choking down a Sugar-Free Rockstar and a Zone bar while stuck on the 10 more mornings than you'd care to admit. Don't even try to deny it.

It's not about the donuts, and as this article shows, the "corporate overlords" know this. Thus, Randy's, Stan's, and Winchell's really have nothing to worry about. They are truly donut shops, specialty bakeries that sell only or mostly donuts, and I wouldn't go there for a quick breakfast and a giant cup of coffee on-the-go any more than I'd go to Pink Taco for tasteful, authentic Mexican food.

Is Dunkin' Donuts wildly overrated by some people? Sure, but so is In-N-Out, and that doesn't make the burger itself any less good. In a city obsessed with glitz and flash, maybe we can't support a humble, reliable coffee chain with no delusions of sophistication. But I'd like to think better of us. And when that first Dunkie's opens its doors to Southern California, welcoming everyone regardless of status, wealth or privilege, I'll be proud to stand in that line of real Americans and order myself the biggest freaking Styrofoam cup of coffee they offer. To go, of course.