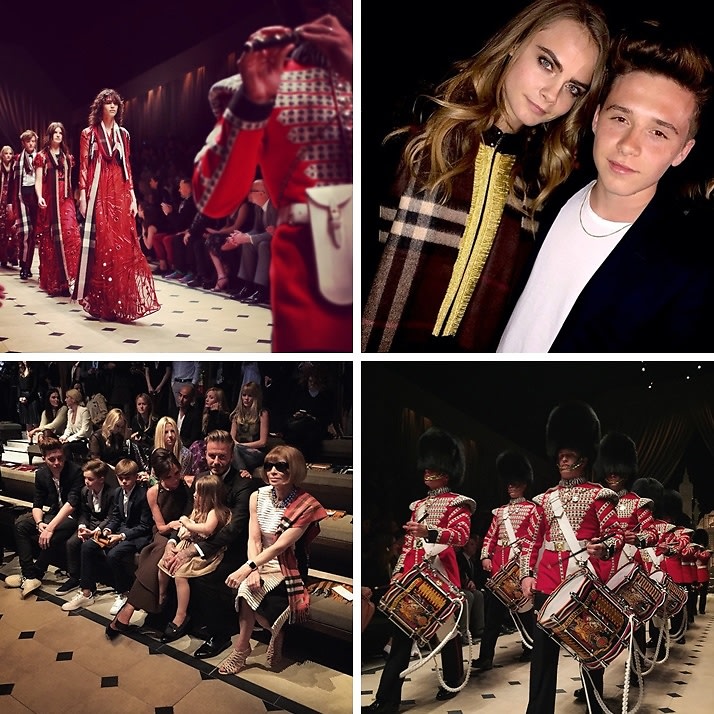 The British are coming! The British are coming! Down the runway, that is. Last night, Burberry brought London to Los Angeles for an epic fashion extravaganza and garden party at the #chic Griffith Observatory. With Red Coats, It-Brits, and Union Jacks galore, it was an event fit for the Queen (Wintour). Joining her front row was the U.K.'s second-favorite royal family, the Beckhams, along with glamorous guests like (a very pregnant) Jaime King, Mila Kunis, January Jones, Rosie Huntington-Whiteley, and SIR Elton John. Of course, Naomi Campbell was there too, but she was on-call, #werking the catwalk. Click through for all the best Instagram shots of the night!