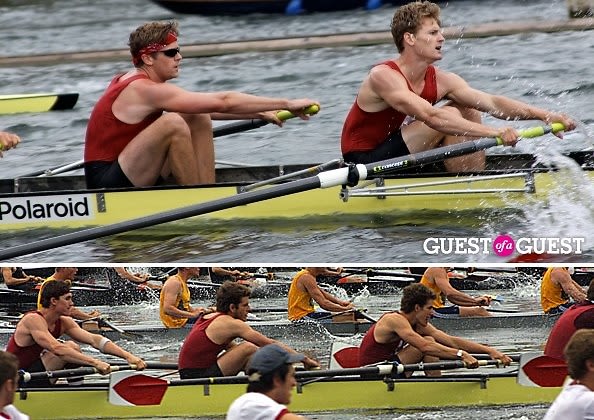 The Social Network film directed by David Fincher and written by Aaron Sorkin finished off the last scenes of shooting this weekend at the Henley Royal Regatta (all regatta pictures are HERE).  The Regatta, one of the three Royal British sporting events of the year (others include Wimbledon and Ascot) features crews from all over the world and spectators whose drink of choice are Pimm's cups. Actors Armie Hammer and Josh Pence, who play the twin American rowers and entreprenuers Cameron and Tyler Winklevoss were on site to film rowing scenes from the film.  In addition, Max Minghella, who plays Divya Narendra (friend and ConnectU business partner of the twins) was also present for the filming.  Divya met his film personality for the first time... 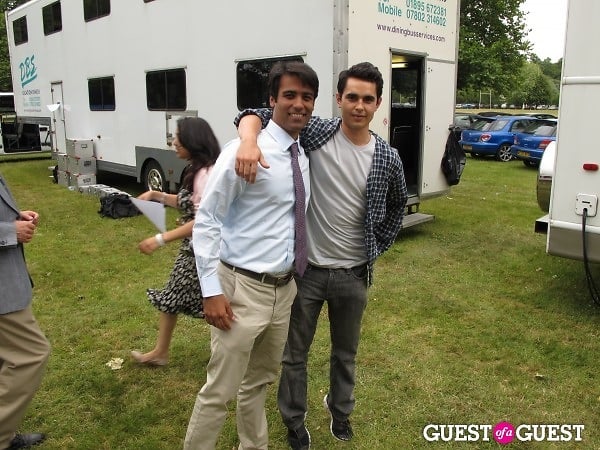 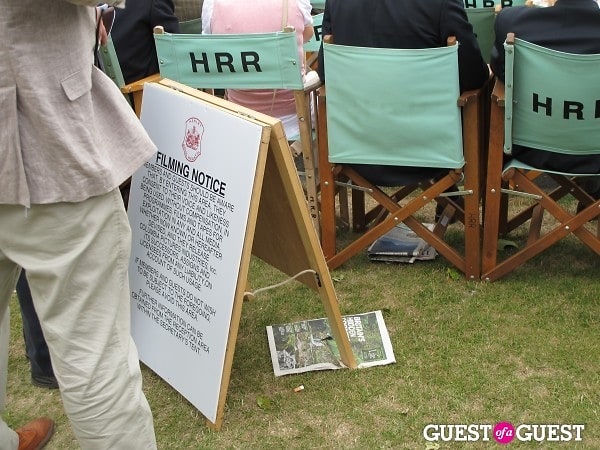 Filming at the Regatta, which is as old-fashioned as they come, was no short order...16 cameras were strategically placed around the race course and hidden so as not to be obtrusive and have the most realistic setting as possible.  Filming was done during the lunch break and team time in the afternoon.  There were only two takes, so the pressure was on! 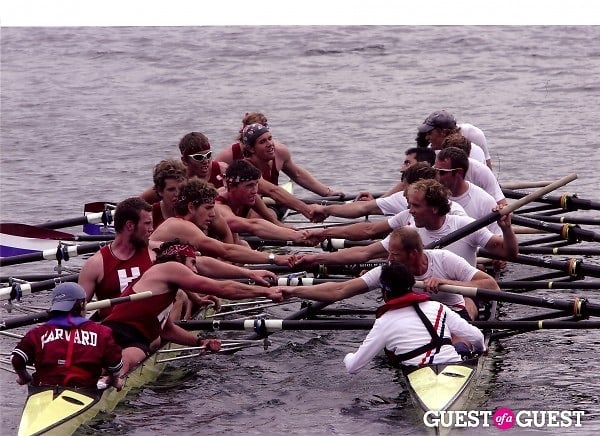 The 2004 Grand Challenge Cup Final between the Harvard University Varsity Eight and the Dutch Olympic Eight.  The Dutch would go on to win a Silver Medal at the Athens Olympic Games two months later. 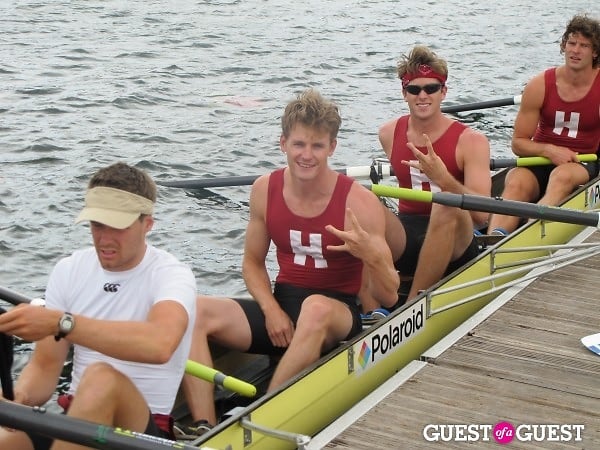 Are those guys signing a "W"? 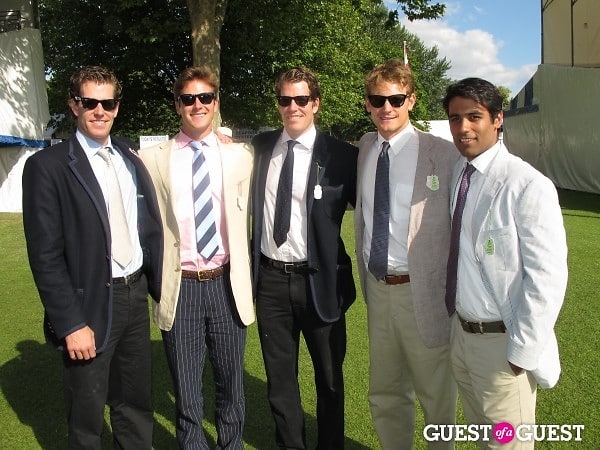 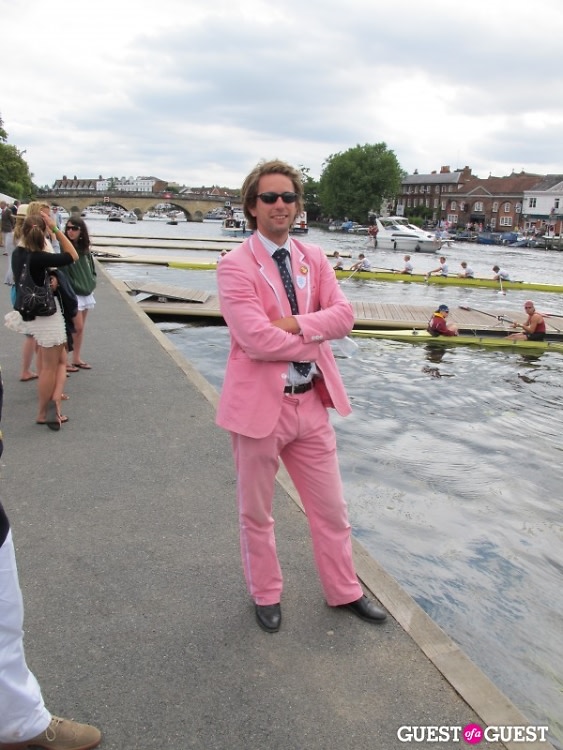 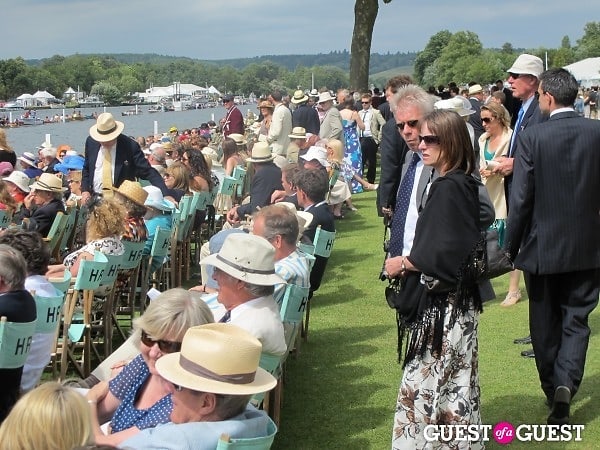 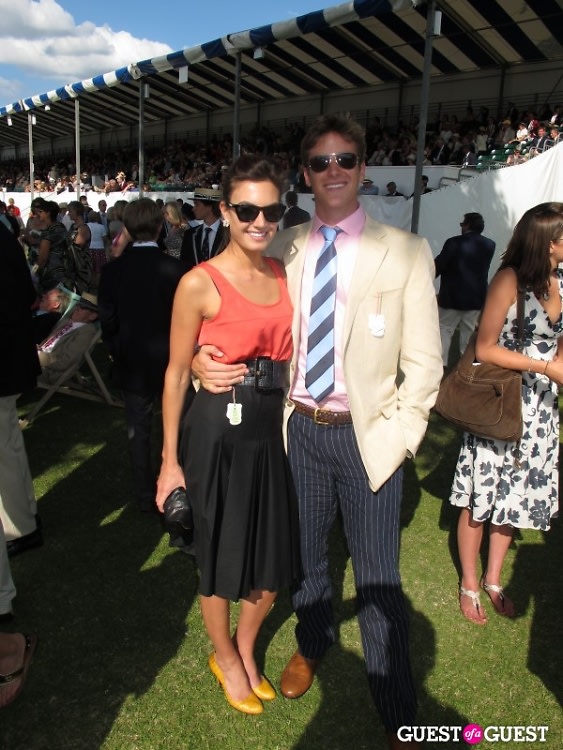 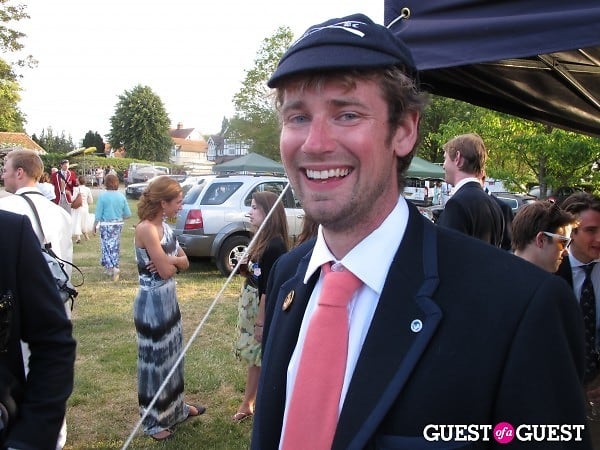 A nice chap with a schoolboy cap. 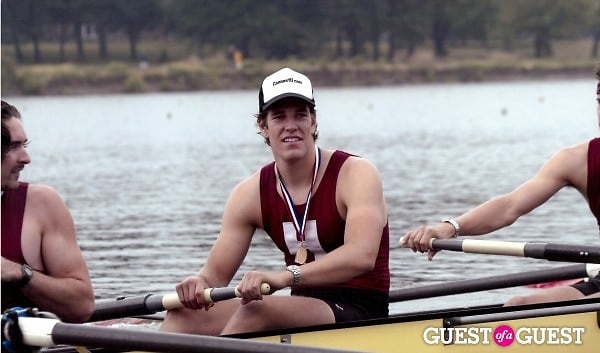