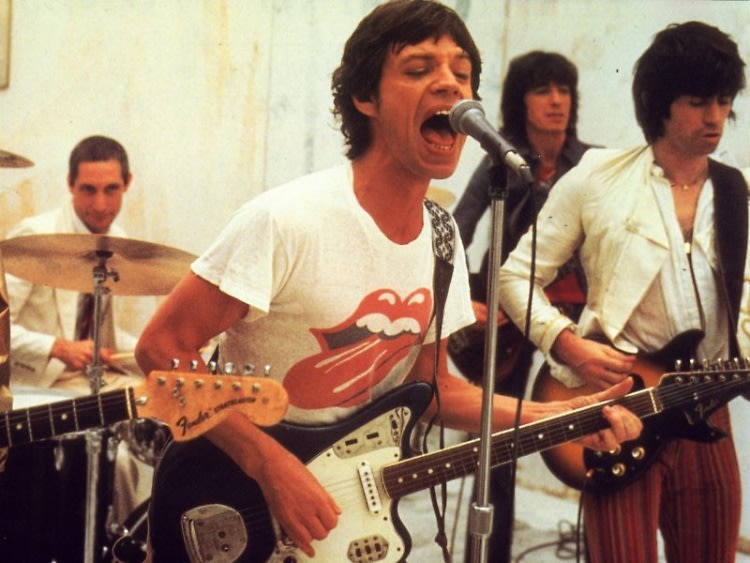 If you have plans to go out of town early next month, cancel them immediately. We are doing cartwheels of joy in the office to report the big news teased in those recent "Start Me Up Wednesday" (as in, TODAY) hype campaign billboards and social media updates: at long last, The Rolling Stones have announced a nine-city "50 and Counting" North American tour set to kick off right here in Los Angeles at the STAPLES Center early NEXT MONTH. The exact date of the L.A. show is TBD, depending on the NHL playoffs schedule, but it will almost certainly be between May 1st-4th. SATISFACTION, indeed. 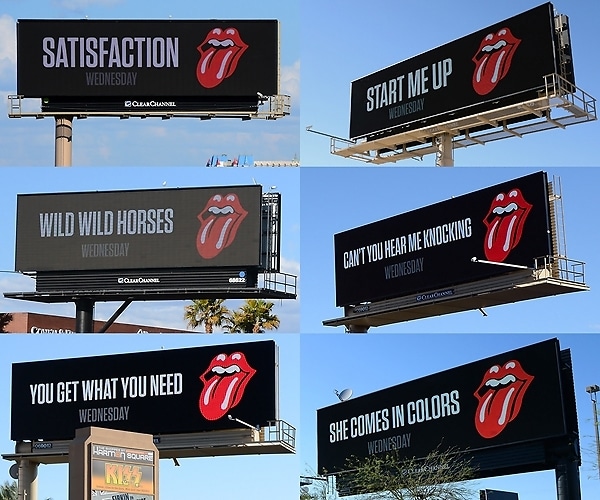 On a personal level, this is a really big deal as I will finally get to see the Stones live, as well as have the opportunity to fulfill my lifelong dream of meeting and becoming BFFs with Keith Richards.

Although ticket presale dates beginning Friday for select shows following the opening L.A. stop on their "50 and Counting" tour have been released, no presale information for their STAPLES concert is available yet. We'll keep you posted on all of that, but do yourself a favor and assume tickets will fetch prices in the neighborhood of what a new iPhone 5 with no service plan costs.

In the meantime, check out more of our coverage on The Rolling Stones below, and have a wonderful Start Me Up Wednesday.

[Top photo via, Start Me Up Wednesday billboards for The Rolling Stones via]