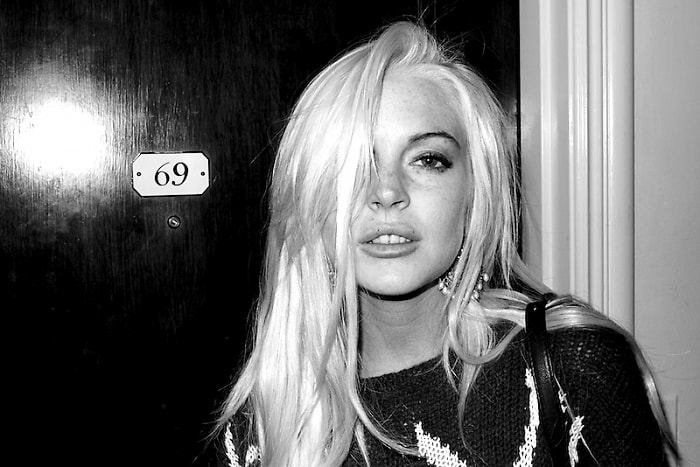 Indeed. INDEED, my friends. Lindsay Lohan, without question the most notorious fixture of Chateau Marmont of our time as one of its on and off long-term residents has been officially banned from the hotel for failure to pony up a whopping $46,350.04 bill. Signaling the end of an era, Chateau's heavy presence was asked in a formal letter from the hotel's GM to vacate premises by August 1st and is banned from its facilities after stiffing the various charges incurred during her 47-day stay there earlier this summer.

Some highlights from the bill as noted by TMZ:

Go HERE for a look at the letter and complete itemized bill.

Man, what a blow. It's going to be weird having dinner there without Lindsay and Mother of the Year Dina stomping through the garden for their ritual round of table-to-table cocaine hunting greeting. Does anyone even remember what Chateau was like before Lindsay? Poor thing must be devastated. And where the hell is Paz de la Huerta? Anyone have her number? Now that Lindsay is persona non grata, this is when we need that Chateau Shitshow Hall of Famer most. Paz has been an MVP in our chronicling of the debauched, utterly shameless behavior, weirdness, and general freedom of nipple exposure the hotel is known to foster and this is her time to shine. For more on all of that, see:

Shooting Agyness Deyn As James Dean For "Elle" At Chateau Marmont: Another Day In The Life Of James Franco

"Best $2k I Ever Spent!" VICE & Chateau Marmont, Together At Last For The L.A. Launch Party

[Lindsay Lohan at Chateau Marmont by Terry Richardson via]