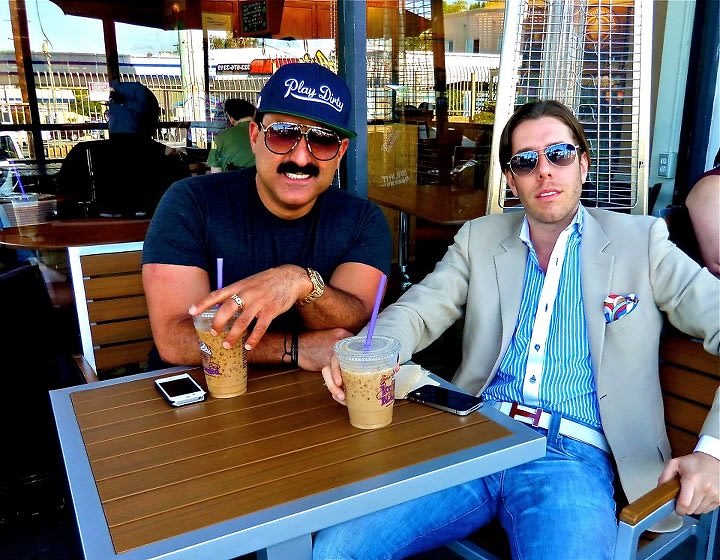 Justin Ross Lee, our beloved jewjetting prince of pomp swooped into L.A. again this week to dish the arrogance like only he knows how, but sadly, had almost no time to offend strangers or even get himself banned from any local establishments as this quick day trip was strictLEE business. He did manage to squeeze in a Coffee Bean date yesterday with Reza Farahan, the flamboyant mustachioed Persian Bravo star and hands down our favorite "Shah." Our spies on the ground tell us this was very much a business meeting and that "the ego that attacked New York" and Beverly Hills' most famous 'stache are indeed hatching up something very special. But what...? 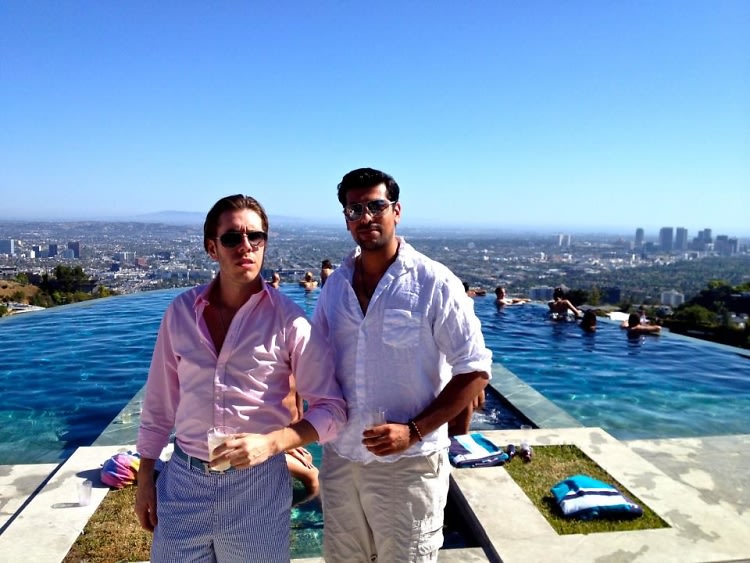 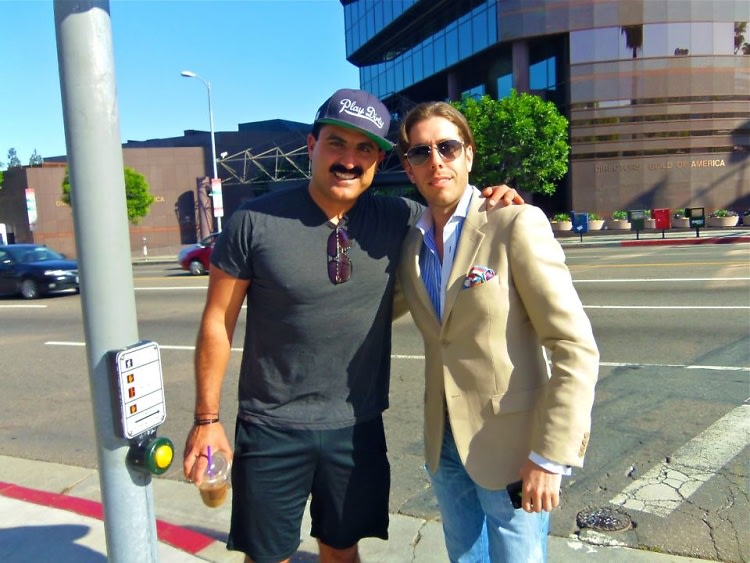 [Reza Farahan, Justin Ross Lee via] We totally understand why these two would hit it off and have plenty to discuss aside from their matching Hermes belts, but JRL had no time to waste on a leisurely shittalking session over iced coffee during his 24-hour stay here. Don't let Reza's hat throw you; after all, this is L.A. where the only professionals who wear ties to work are car salesmen and waiters. So what on earth could these two have had to discuss in person in time for JRL's early morning flight out before, as he tells me, LA could give him a rash? Luckily, it's simply not in Reza nor JRL's DNA to be discreet or keep the volume level below a five for more than a minute and thanks to that genetic deficiency, our trusty spy got the full scoop on their business plans. Get ready, America, because a Reza/Pretentious Pocket collaboration this way comes. JRL's aptly named line of pocket squares, probably the most smug men's accessory next to maybe the silk shawl collar or monocle, will soon debut its collaboration with Reza to be called "The Shah," pocket squares decorated with little Reza mustaches.

Although JRL was not at liberty to comment on "The Shah" collaboration we caught wind of, he did sign off with this final thought:

"The service sucks in LA. Perhaps if one of these 'actresses' could act like a waitress they'd land 20% of a part."