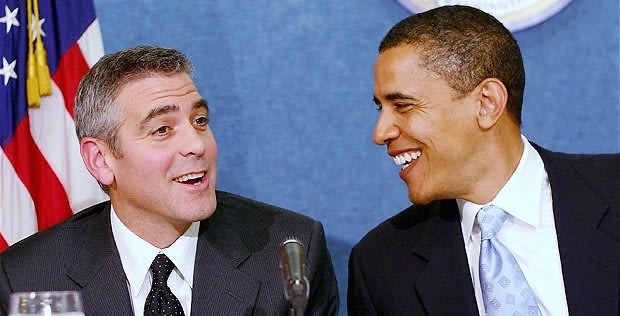 After pronouncing his support for same-sex marriage yesterday (finally), President Barack Obama rolls into our godless, heathen city for a fundraising dinner that will boast an all-star guest list including Tobey Maguire, Barbara Streisand, and Robert Downey, Jr. at George Clooney's home in Studio City tonight. For the rest of Los Angeles (that means you) this will mean major traffic; specifically, if you try to drive in the Valley tonight, you may be the one who's forced to find religion. We've got all the details of who's going to be chowing down at Casa del Cloon this evening, plus street closure and traffic info right here. 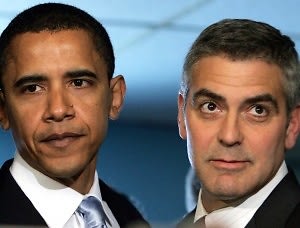 The dinner itself, which is expected to raise about $15 million, may not have been planned to coincide with Obama's commitment to marriage equality ,\ but if there's any group that's ready for a hearty session of back-patting after an announcement  like that, it's the so-called liberal elite of Hollywood. And the guest list is indeed elite, with industry heavies like Robert Downey, Jr., J.J. Abrams, Jeffery Katzenberg (who organized the event), Tobey Maguire, Barbara Streisand, Nina Jacobson, Bryan Lourd of CAA and Chris Silbermann of ICM paying $40k a plate for the Wolfgang Puck-catered dinner and informal chat with the Prez.

There's also going to be two lucky "normals" (and their +1's) who will be in attendance as the chosen winners of a contest run by the reelection campaign. Though their names haven't yet been announced for security reasons, take comfort in knowing that as an L.A. resident, you don't bring anything extra to the table and therefore weren't going to be picked as a winner anyway.

But enough about the dinner; what about the traffic? As you can see from our extremely detailed and accurate map below, Clooney's home lies somewhere in the Fryman Canyon area of the Studio City hills (the exact address is unpublished, for obvious reasons). Based on the information from an open letter published by Paul Krekorian, the City Councilmember from the 2nd District, here is a breakdown of tonight's Obama traffic, street closures and areas to avoid:

The eagle lands around 6pm at LAX and will be transported via helicopter and motorcade to Casa de Cloon in Fryman Canyon. Expect nonspecific delays around the 405 (but when do you not?).

Expect delays and/or road closures between 5 and 8pm on Laurel Canyon Blvd north of Ventura Blvd and connecting streets.

Local access to Studio City south of Ventura Blvd will be "virtually sealed off" from 8-10pm. If you live there, you'll need to show ID to LAPD with proof of residence to even get within the area.

Residents in and near Fryman Canyon, you've been asked to stay home or not go home tonight. Everyone else, it's just not worth even trying.

After the event, the president will be transported to his unspecified hotel in Beverly Hills, most likely the Beverly Hills Hotel or The Beverly Hilton; no announced street closures for that but that doesn't mean there won't be any. 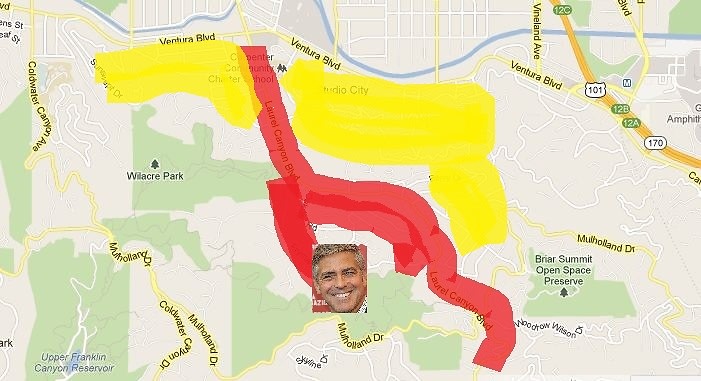