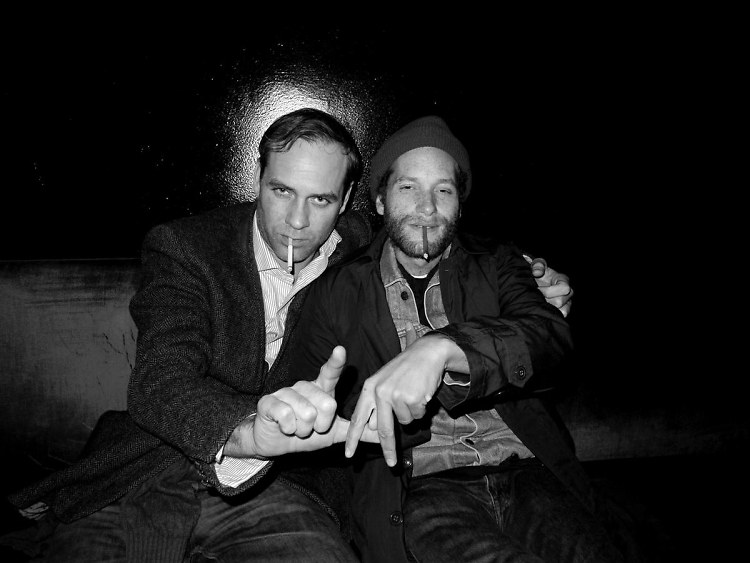 We've been sitting on this story for months for political reasons but it's time to let the cat out of the bag, officially, since that "new Paul & Andre spot" people have been running their loose lips about all over town (and fingertips on personal blogs) opens for business tonight. Except, with this new one, called Smoke & Mirrors, there's no Andre in the equation, only Paul. And yes, it is indeed in the old Purple Lounge of The Standard Hollywood space. I'll say that again: that "new P&A spot" has taken the place of the long forlorn Purple freaking Lounge at The Standard. So what is the meaning of this and why does it matter?

Well, it doesn't really unless you frequented Paul & Andre before it's seven-ish-month pop-up run was up and the space became Room 86. There was a sense of displacement and not knowing where to turn amongst this sect of L.A.'s night urchins (which we fully identify with, by the way).

And the meaning? Much of the allure of the place was that it was kind of a secret, speak-easy type of deal— it had no address, and in order to find it, you'd probably need to know about it first since its entrance was in a random alley in the middle of Hollywood beyond a couple of dumpsters. Once past whatever gatekeeper was working that night, you'd walk up a graffiti-adorned stairwell, though a long hallway, then a kitchen, and then you'd finally reached Paul & Andre. In contrast, Smoke & Mirrors is located inside a very rundown, past-its-prime tourist trap hotel smack in the middle of Sunset Strip. Not exactly off the beaten path, eh?

Anyway, it opens tonight with most of the same team as P&A and evidently you still get to walk through a kitchen to get to this one. Expect the same crowd, DJs, including the ever-dapper Myles Hendrik tomorrow night, and (I hope, because it really grew on me) bitchy attitude at the door. Despite its questionable location, Paul Sevigny & Co. seem to know what the hell they are doing when it comes to nightlife so we're optimistic despite our skepticism. So I guess we'll bump into you in the bathroom?