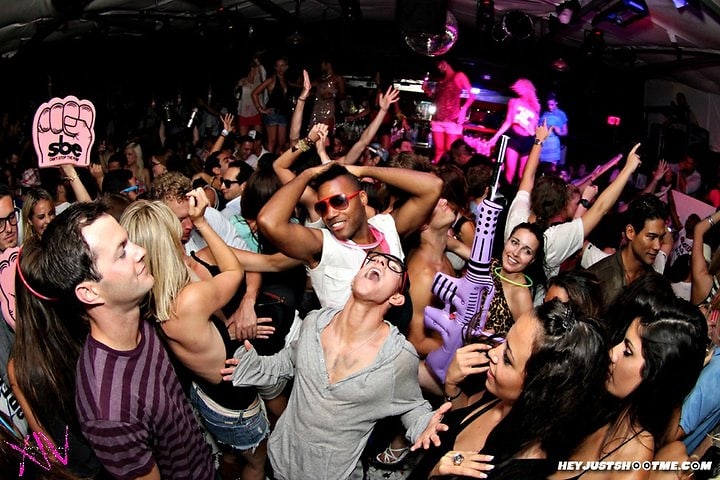 [Photo via] Considering it hadn't already been condemned by the Department of Public Health due to the great frequency of human feet on dining surfaces, we're actually impressed with how long SBE was able to keep XIV afloat. Eater reports the Vegas nightclub in disguise as a Michael Mina restaurant shuttered for good this week. 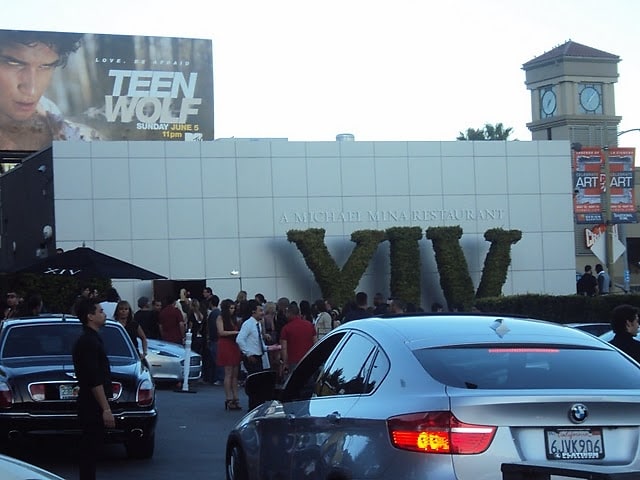 [Photo via] I once made the mistake of going to XIV on a Sunday after a pool party because I was hungry and under the impression we'd be sitting at a table to eat since my understanding is that's typically what happens at restaurants. My concerns I might be a bit under-dressed quickly shifted to regretting we hadn't made a reservation as I saw a huge crowd in the distance surrounding the entrance. That was until we got a little closer and realized it was a sea of bikinis-with-heels, Coach monogram, and manks around the outside of a velvet rope. I gave my friend the 'where the fuck did you bring me?' face and knew I had been had.

I didn't know that what was originally opened as a fine dining restaurant had spiraled into Rehab at the Hard Rock in Las Vegas minus the pool once the EC Twins hopped aboard with their Summer Sessions party on Sunday afternoons. House music, bottle sparklers, topless Go-Go girls, bros dancing on tables like baboons and lots of really misguided fedoras and the like were the norm for Sundays at XIV. Here's what that mess looked like:

This town has plenty of places to get your day drink on, however getting hammered in public before the sun goes down is not the look—with the exception of XIV. Nowhere else in L.A. was taking Patrón to the face and getting completely wrecked in daylight Cancún Spring Break-style so socially acceptable and actually encouraged. Obviously the closure of such an establishment leaves us with a gaping void in the weekend shitshow market. Now where are we supposed to get blackout during the day? 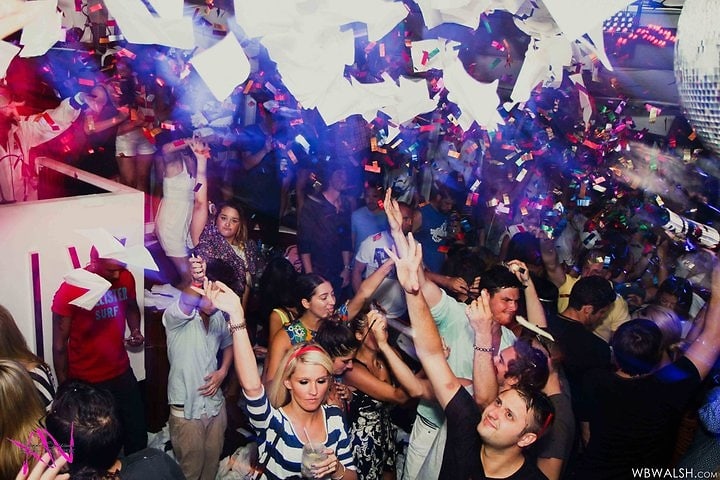 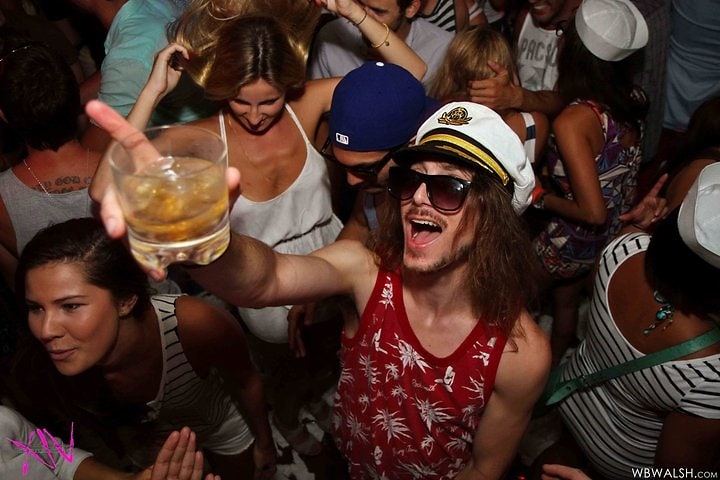 Enter Bagatelle, NYC's famous drunk brunch spot set to open its L.A. outpost this fall. A pioneer in the day nightclub concept, we're thinking this will be the place to go when you want to start boozing well before cocktail hour on east coast time and not feel judged. RIP XIV Summer Sessions, you'll be missed by your loyal patrons, at least until Bagatelle opens and no one knows their own name anymore.