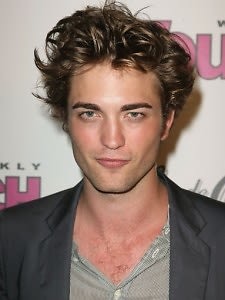 [Photo via] Looks like RPattz wants more of a following than just a bunch of teenage girls.  Rob recently revealed to German Glamour his hopes to found his own religion in his Twilight "afterlife". What drove the vamp superstar to his recent epiphany? He gives credit to the incentive of better tax breaks and Twilight PR.  Interesting...do we have another Tom Cruise on our hands?