And the people I do give a shit about have said really positive things. A lot of musicians I respect really like the new album."

-Andrew Vanwyngarden of MGMT on the receptions of the band's sophomore album, Congratulations [via]

That was way harsh, Tai. But seriously, ouch. We're totally in MGMT's corner, as fans and as voices on the internet, so it's pretty disappointing to hear that Andrew doesn't give a shit about our opinion. 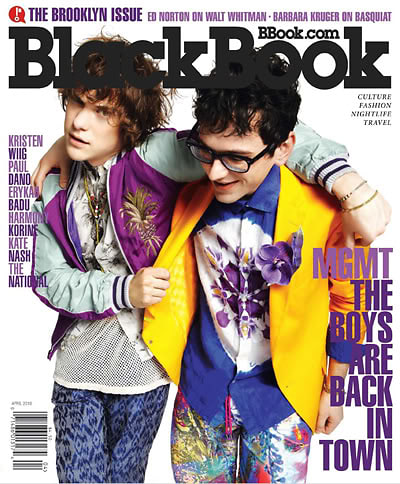 MGMT on the cover of BlackBook's April 2010 issue