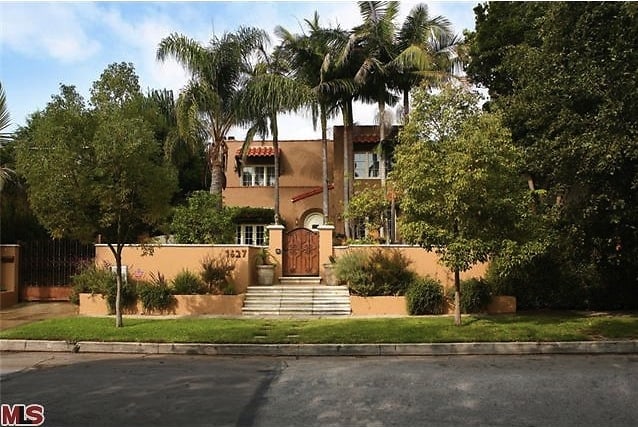 Since "The Hills" has been off the air, lord knows it's been really difficult to find another show that's as relatable and just gets it, ya know? Between the complex storylines, melodrama of scripted interpersonal relationships, bad hair extensions and most of all, lifestyles of the cast, it's been a challenge finding something else we can all identify with. Especially the part where 20-somethings who may or may not have high school diplomas and jobs live in multi-million dollar homes in prime locations of West Hollywood, like Lauren Conrad's.

But just as we've had to pick up the pieces and move on, so too has LC, who's left her humble bachelorette pad for an apartment. It hit the market this week for a meager $2.25 million for some other post-grads struggling to find themselves to make their own. Let's take a tour of the house and see if maybe it could be the right place for someone like you. [All photos via The MLS]