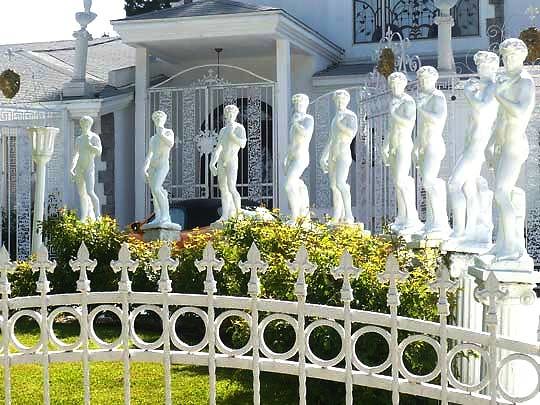 If you're like me, you can't even count the number of times you've been in the following situation: you're throwing a dinner party with huge social ramifications, and your house just isn't cutting it. Maybe it's the ratty couches, or the fact that since you rent, you haven't been able to fix that leaky dishwasher. Maybe you're having trouble kicking your stoner roommates off the XBox. Or just maybe, you promised your guests that you had 19 replicas of Michelangelo's David in your front yard, and your lies are about to be exposed. Well, strangely enough, we can help you with that last problem, as obscure R&B singer Norwood Young's legendary Hancock Park eyesore often referred to as the House of Davids is now on the market for a cool $2.4 million. Let's take a look! 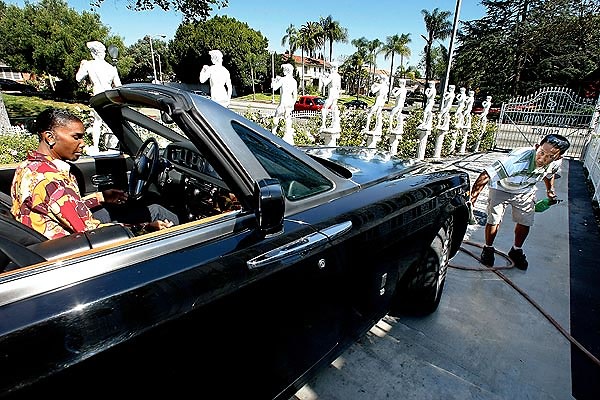 Now, I don't know Norwood Young personally, and based on the snarky comments from every news outlet and blog that have reported on this, damn near nobody knows him professionally, but I'm going to go out on a limb and assume that he didn't earn his money doing anything tasteful. As you can see in the photos that Curbed LA extracted from the listing, the 19 David statues are just the tip of the tacky, glittering iceberg that is "Youngwood Court". A quick tour through this cave of dreams reveals the kind of bizarreness that might be appropriate if you know a gay Persian arms dealer that's been cryogenically frozen since 1989, or maybe a porn producer that's really into Alice In Wonderland. Really, if you think you might be right for 410 Muirfield Road, there's only one question you need to ask yourself: how do I feel about a carpet in the master bathroom? 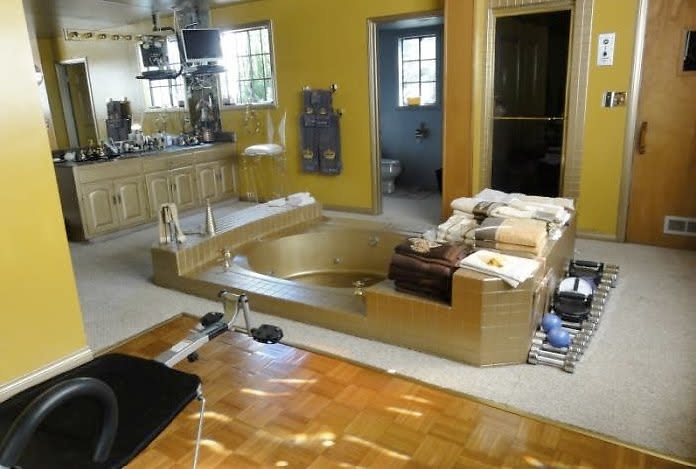 Because this right here is that master bath, sunken golden tub, excess sports equipment, and all. If the dad from the Brady Bunch got divorced and started throwing swingers parties in his bachelor pad, don't you think it'd happen in a tub like this one? 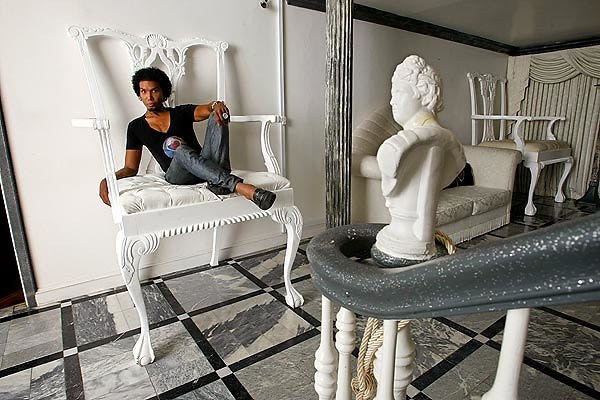 Or maybe gigantic chairs and banister sculptures are more your thing. Don't sweat it, Norwood's got you covered there, too. 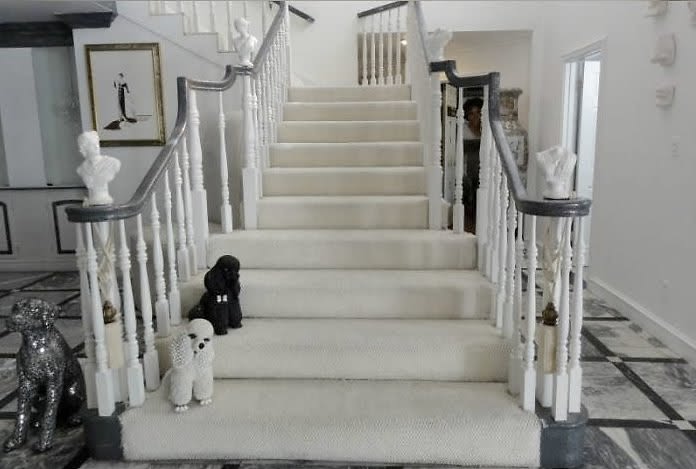 Oh, and I've somehow completely neglected to mention the fake dogs that are literally all over the place. I don't know if "owning more than one fake dog sculpture" is in the DSM, but they update that thing all the time, right? Full disclosure, my late grandmother owned a giant ceramic Dalmation. I can't tell you why. 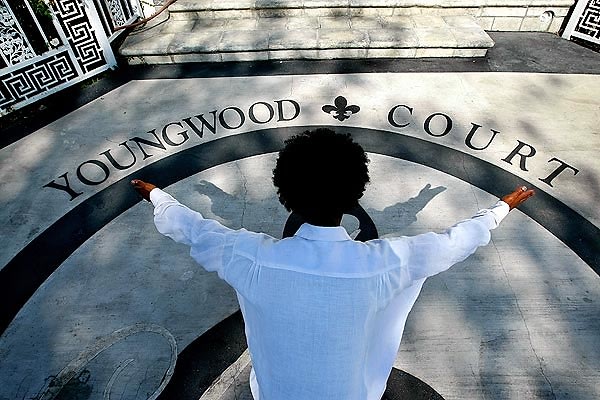 Now here's the funny part: the reason why this amazingly, unflinchingly awful mess of a house is on sale? Mr. Young is now, after 15 years of David statues, Christmas lights, dog sculptures, bathroom carpets, and "Youngwood Court" tiled into the front driveway, starting to resent that his house gets more attention than his music career. Yes, the guy who put 19 red "Thriller" jackets on his 19 giant David sculptures when MJ died, no longer wants the attention. Nope, he's just trying to focus on his music, and more importantly, "getting back to my me." Don't believe me? Check out his brand new single! And maybe think about taking Youngwood Court off his hands. We'll have a dinner party.

[Top photo via, all others via]