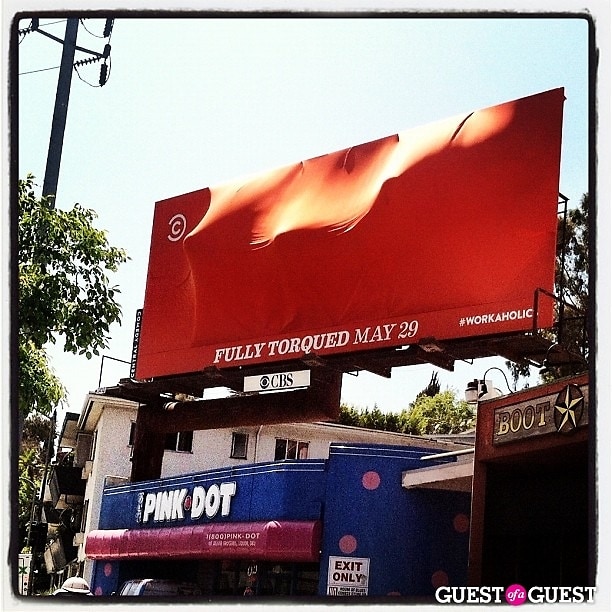 Generally I would not be happy about giant boners pointed in my direction in broad daylight on Sunset Strip. That could get weird and mean trouble. But today, the new three fully torqued six-foot ones proudly on display above the Pink Dot meant the new season of Comedy Central's "Workaholics" is almost here. And that is so tight butthole, bro.

After a couple of days of curious building to construct this masterpiece, the thrice torqued billboard was unveiled as a promo for the upcoming third season of the show we've grown to love. If you haven't yet become acquainted with The Ders & Co., at the top La Cienega at Sunset you can get an eyeful of what is clearly an enlarged but life-like representation of the appendage that guides their every decision. We are not semi, but fully torqued not only for season three but to also live in a place like West Hollywood where gigantic boners projected out into society is something that happens. It's just too bad Newt Gingrich's broken down campaign bus missed this :(