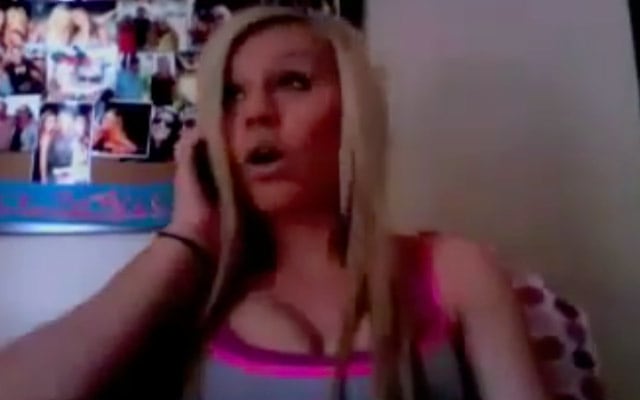 Finally, Alexandra Wallace can have her Pork Lo Mein and eat it, too. The former UCLA student/part-time white supremacist made headlines in April when her YouTube rant went viral, turning her into a laughingstock and immortalizing the phrase "ching-chong ling-long ting-tong" . Alexandra seemed to have numerous issues with Asian people: their seemingly indecipherable language, their supportive families, their equal access to cellphones.

But based on how heavily her "glamour photos" were airbrushed, we're guessing she was still a fan of Chinese food. And since, one way or another, she looks like a girl who knows her way around an egg roll, she'll be delighted to hear that Ching-Chong-Ling-Long Gourmet Takeout has opened its doors in Westwood. As a partnership between The Palace in Brentwood and four enterprising UCLA students, this Chinese delivery service aimed at the UCLA student body:

" believe[s] that the best way to combat intolerance is through a positive cultural experience mixed in with a healthy serving of humor, and hope[s] that after you try us, you too will feel that way." 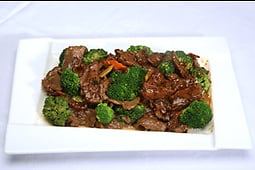 And as for the food? Well, since they use the same gourmet-trained chefs that cook the full menu at The Palace, but offer student-budget-friendly versions of their dishes, we're guessing it ain't bad. This is their Beef & Broccorri (ok, fine, they just call it Beef & Broccoli) off the menu, and it looks damn tasty. And because their delivery people are UCLA students, they'll deliver to some places SeamlessWeb might not. Like, say, downstairs at O'Hara's. And maybe, since they seem to have a good sense of humor about some really dumb racist comments, they might even be willing to take a special combo meal to an upstairs bedroom at a certain sorority house, where a certain bleached-blonde sister probably hasn't left her room in a few months.

Oh, you didn't realize she wasn't kicked out?