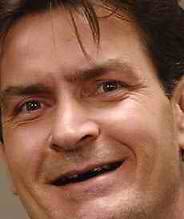 Hey America, remember those three weeks where all we wanted to talk about was Charlie Sheen? Me too, sort of. It was in March, I think, and he got caught smoking crack or something, and then there was a porn star, and some really boring webcasts, and long story short no one cares, or has cared, for months. But Comedy Central wants to celebrate the 7-month anniversary of the last time you were able to utter "Winning!" or "7-gram rocks" in polite company without being eye-rolled out of the room, because ol' Charlie, who is apparently still alive, will be the star and target of their next Roast, to tape here in L.A. on the 10th of September and air nine days later on the 19th. 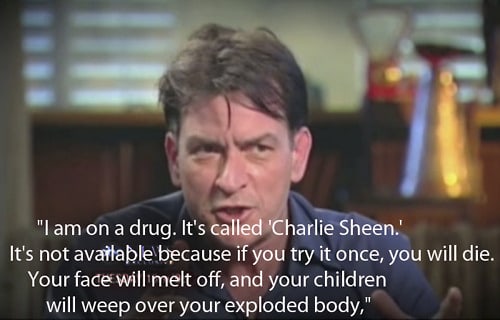 At the same time, it's worth pointing out that these Roasts have basically gone in the completely opposite direction from their original purpose. Back in the day, the Friar's Club Roasts were an honor, only given out to other comedians and entertainers who had earned the respect of their peers. They were great precisely because it took skill and fearlessness to roast the guest of honor, knowing that they were funny and charming enough to hit right back when given the chance. In contrast, watching Donald Trump glare sullenly while eight comedians (and whatever The Situation is) point out that he wears a bad wig is kind of like beating a 10-year-old at basketball and then patting yourself on the back for an hour. Here's hoping Charlie is lucid enough to write and deliver a compelling rebuttal, because the fish-in-a-barrel nature of the last few Roasts, while providing a cheap laugh or two along the way, has become kind of depressing.

Plus, if Emilio's not on the dais, I'm going to be very disappointed.

[top photo via; bottom photo via]