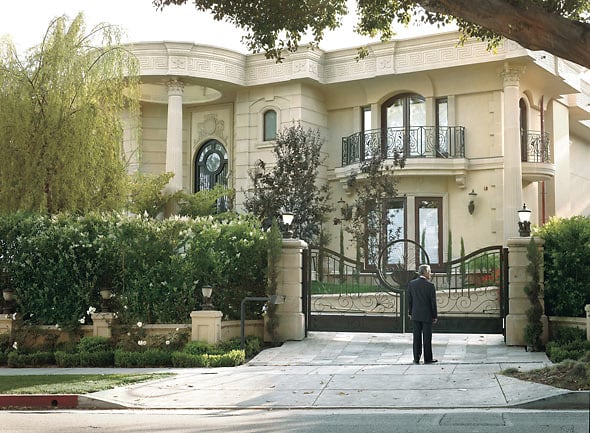 Never thought I'd say this but I think I owe Ryan Seacrest a big thank you and maybe a fruit basket. It's been over a year since we first reported a reality show in the works that would focus on L.A.'s young, affluent Persians and we'd nearly forgotten all about this precious gem until news broke yesterday that Seacrest pulled through in a huge way for us as he's teamed up with Bravo to develop the tentatively titled "Shahs of Sunset". The name alone (cross your fingers it sticks!) makes us smile. 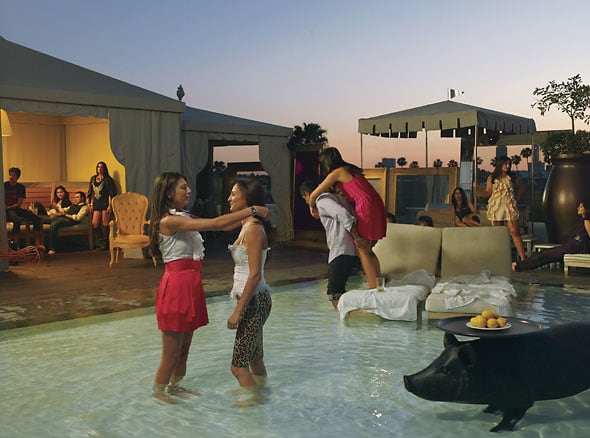 We first got wind of a show like this in the pipeline when a casting call for "proud Persian-Americans who rule Hollywood nightlife and own Beverly Hills" surfaced in April 2010. I know what you're thinking, and I guess they didn't know who Sam Nazarian was at the time. Their lives could've been made lot easier if they'd just scouted Colony on a Friday night. But nonetheless the show which is meant to be L.A.'s answer to the Garden State's "Jersey Shore", but a lot richer (less Ed Hardy, trucker hats, Snooki poofs, and RonRon juice, more Chanel, Mercedes, Cristal and columns) is happening with Seacrest at the development helm.

A show that captures the large L.A. constituent, which Bravo describes so diplomatically as "armed with chromed-out cars, logo-ridden, purses and designer outfits," who "[have] it, and are not afraid to flaunt it," is bound to be television gold. And just as "Jersey Shore" did for Italian-Americans, will embarrass not only our Persian friends here in L.A., but everywhere. Chodafez!