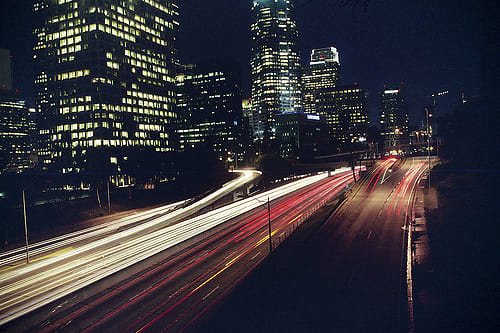 Are you any good at trivia? Do you live in the L.A. area? Are you down to watch a bunch of prizes you didn't win get tossed off the roof of a very tall building? If so, then you could be a contestant on the new ABC game show "Downfall." The show will be shot atop an L.A. skyscraper where contestants will try to beat the clock in answering trivia questions before their would-be prizes get dumped over the side of the building. Riveting. A casting call for the show will be held this Saturday at the Highlands in Hollywood for anyone who would like to be considered as a contestant.

Trivia is awesome and we'd love to see a new trivia game show based in L.A. but this asinine concept is not the answer. Since when is it cool to dump shit off a roof in a city?  It's obviously very dangerous and a substantial radius around whatever skyscraper the show will take place on will need to be blocked off so it doesn't start raining plasmas and iPads on unsuspecting Angelenos if the thrown items do in fact fall to the ground and aren't caught by something on the way down. Even if they are, there will probably be a blocked off buffer zone for safety reasons.  So more blocked off streets and traffic are likely on the horizon with the introduction of the show. Awesome...

People, NYC has been kicking our ass with "Cash Cab" for years in the trivia game show department. We can do better than this.