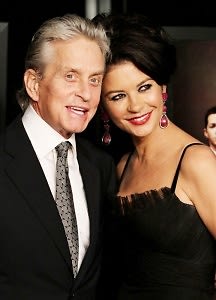 Greed is good! Greed is back! After 23 years, the sequel to every stockbroker's favorite film, "Wall Street 2: Money Never Sleeps" had it's New York premiere Monday night at the Ziegfield Theatre.-

Reprising his Oscar winning performance as greed-is-good insider trader Gordon Gekko, Michael Douglas put on a brave face and turned up to the premiere, despite being recently diagnosed with throat cancer. He was accompanied by glamazon Tony-award-winning wife Catherine Zeta-Jones.

Zeta-Jones fielded questions on behalf of her husband, who did not grant any interviews in order to keep his throat as relaxed as possible.

Money Never Sleeps stars, Shia LaBeouf, Carey Mulligan, Josh Brolin and Director Oliver Stone made a stop at the NASDAQ MarketSite to kick off the stock exchange's week by ringing the opening bells, before changing for the red carpet event. They were joined at the event by fellow cast mates: Susan Sarandon, Frank Langella  and Eli Wallach alongside, Barbara Walters, Rob Thomas and wife Marisol Maldonado, Courtney Love, Tyra Banks, Sela Ward and Spike Lee who were also seen in attendance. 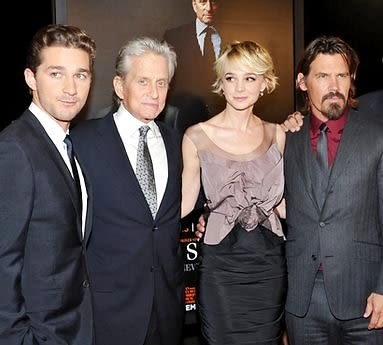 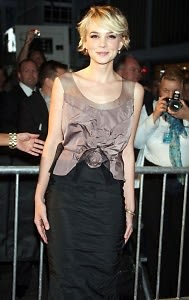 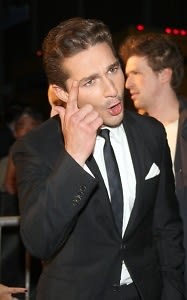 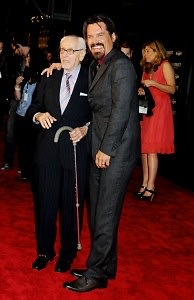 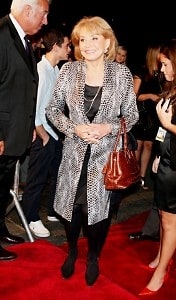 Eli Wallach and Josh Brolin share a joke about the state of the financial markets; Barbara Walters

"This is very iconic for New York," Josh Brolin said of the movie premiering in the same town that the story is set in. Probably ideal timing too, with GFC still effecting NY finance markets.

It remains to be seen whether red suspenders will make a comeback, but no doubt traders, brokers and the like will be lining up for this one! 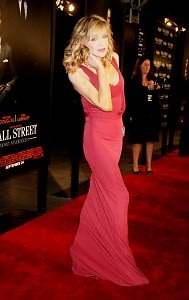 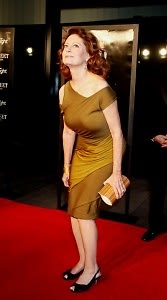 "Wall Street 2: Money Never Sleeps" takes place 23 years after 1987's "Wall Street" and sees Gordon Gekko as he has been released from prison and tries to rebuild his relationship with estranged daughter Winnie (Mulligan). Winnie's fiance Jacob (LeBeouf) is himself a budding trader who seeks revenge for the death of his mentor.

The highly anticipated finance drama will open nationwide on Friday.