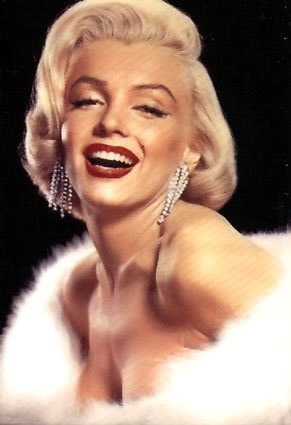 The Steven Kasher Gallery will introduce the "Marilyn & Me" exhibit this Thursday, unveiling Lawrence Schiller's never before seen photograph's of Marilyn Monroe.

"The exhibit is not just a bunch of pretty pictures of her, it is the story of the last four months of her life."

Schiller told the Daily News. Schiller met Monroe when he was 23, and although he spent years in the business photographing the likes of Bette Davis, Anna Magnani, and other gorgeous film stars, Schiller insists that Monroe was the cream of the crop. He told the Daily News,

"Nobody could turn it on like a light switch as Marilyn did."

The exhibit will mark the 50th anniversary of her 1962 death, and will even include a series of poolside nude photos from the set of "Something's Got to Give," the movie Monroe was cut from shortly before her death. However, Marilyn's stunning smile and sexy figure only represent a portion of what's on display. The photographs and original proof sheets have many of Monroe's own notes and rejections written on them, revealing more and more insight about who she really was.

In addition to the exhibit, Schiller has also released a memoir entitled "Marilyn & Me," which can be purchased, and signed at the gallery from 6 to 8 pm on Thursday.