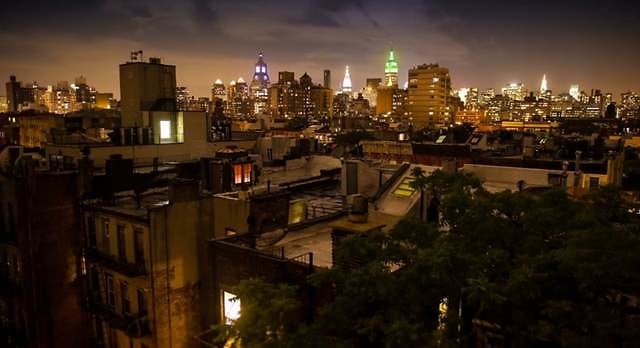 The Manhattan Project, created by Cameron Michael, is a new time-lapse film that displays the city landscape over a five and a half month period. The video boasts gorgeous shots of NYC staples like the Brooklyn Bridge and hurried commuters in Grand Central station to cars passing by and everything in between.

Cameron took this project to another level to try and capture the best shots for his film.

This time-lapse production has been a wild and exhilarating ride, with a lot of physical work lugging my 120-130 pounds of gear around all of Manhattan. I bent (broke) some laws and made a ton of friends.

We've seen quite a few time-lapse videos of New York recently, but this one takes the cake by transforming the mundane into the extraordinary.

Cameron, a professional commercial and fashion photographer, plans on building upon his project. According to his Facebook page, he is currently seeking sponsorship to create a companion film to The Manhattan Project, which he promises will be "100000X better."

To see more of Cameron's work, visit his gallery HERE.