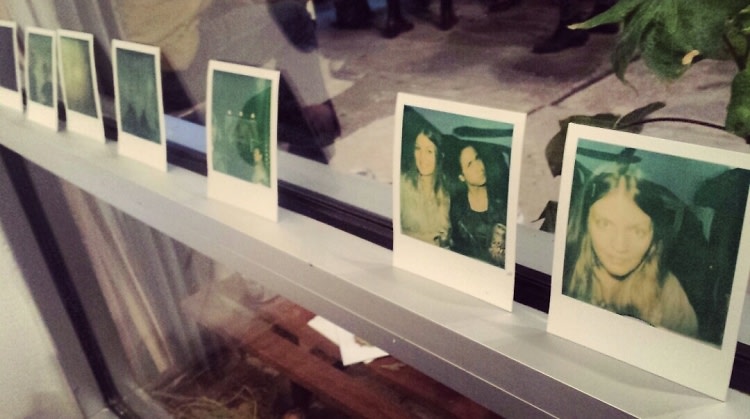 Under the jolting tracks of the M train, just off the Knickerbocker stop in Bushwick, is a line of storage containers. Most of them are vacant, concealed only by a slab of sheet metal and a poor impression of graffiti tags. Since September 12th, Unit 4 has been an incubator for art, expression, and a vortex into a world free of judgment and routine—a free space, if you can call it that. Until October 12th, anyone can walk in and do whatever they want. There are no rules, no expectations. The name “Where” couldn't be more appropriate. The idea is was nurtured by Lucy Hunter and Raphael Lyon, and since advertising the free space, has become home to dozens of artists, performers, rejects, anarchists, and curious bystanders.

Last Friday night, the street was full of music from a few doors down, at a similar space, minus the “do as you please” mindset, called Hood Gallery. April Childers, a local artist, was having a solo show. At Where, a band was playing—the two crowds became synonymous, realizing the potential for a growing art scene outside of the Jefferson/Morgan scenes.

The remainder of the weekend served as testimony to that. Until October 12th, Where will keep its doors open, day and night. The address is 1397 Myrtle Avenue – stop by, but don’t forget to bring some art supplies.