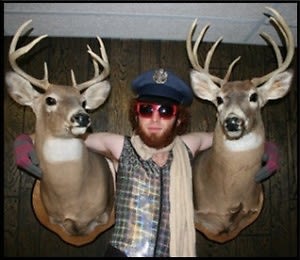 Bundle.com, a web site that tracks how and where money is spent, has pulled together data on how much people in the U.S. spend on personal care. The average U.S. household spends $60 a month, while the average household in Austin, Texas spends $143 a month, the highest, on personal care. The site has broken down New York to individual neighborhoods and what it discovered is actually kind of surprising.

At least for some places. As you probably expected, Battery Park, with its high percentage of bankers and finance workers, has its residents spend a pretty penny on beautifying treatments.  But who would have thought they would beat out Chelsea? How much is a David Barton gym membership? Those in the UWS, known for its high maintenance and well kept women, shells out just $244 on blowouts and manicures and Creme de la La Mer. The UES beats them with $314. 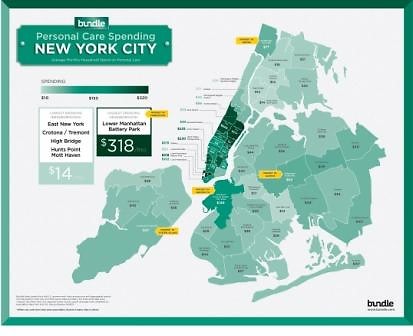 Meanwhile, over in Brooklyn the numbers show what we already knew. Park Slopers break the bank compared to others in the borough, spending $120 a month. Williamsburg and Bushwick hipsters, who frequently suffer the stereotype they are living off their trust funds and parents' bank accounts, forking over tons of money on angular haircuts or feather extensions or fancy eyeliner in order to look dirty, are actually kind of dirty relative to their Manhattan counterparts. They're spending just $17 a month.

That pretty much boils down to the basics of soap, shampoo, conditioner and maybe, if they are going with the bottom shelf brands, some moisturizer.

Is it summer yet? [Montaukburg: Topless Hipsters, Taxidermy, Just Some Of The Trends Williamsburg Is Bringing To Montauk]