We live in a world where stereotypes run rampant and often find their way, whether we admit it or not, into our minds. We all know that our perfect little island is no exception; here’s what people are saying about some of our city’s schools.--- 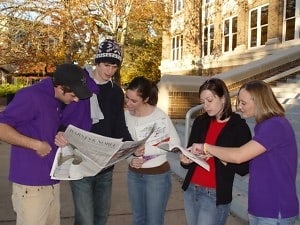 With an 11% admission rate, students at this branch of the Ivy League are safely labeled the “Rich Nerds.” Quite simply, they are better than the rest of us, with nearly 100% scoring 2050 or higher on the SATs. A trip to the campus (one of the only actual “campuses” in the city) feels like walking into a J-Crew catalogue with slightly less attractive, stressed out models.

Hangouts: Despite their unfortunate location in Manhattan’s Siberia, these smarties let loose at Bar 1020 for beer on tap, La Negrita for live music, the Dead Poet for some quiet drinking, or Jake’s Dilemma, filled with your usual assortment of drunk girls and guys.

Clothes: Abercrombie & Fitch, J-Crew, and lots and lots of sweats (grades beat out appearance for these kids any day). 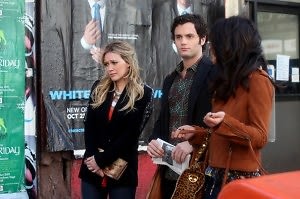 I speak from personal experience on this one. It’s pretty safe to say that NYU is filled with hipsters, celebuspawns, and “socially aware” youth, whatever that means. I can’t help but mention, however, that our stereotypes truly depend on which school students attend. Tisch kids, for example, are the “struggling artists” (who can afford to pay $62,000 a year?), and are a bit overly proud of their chase for fame, often acting out skits for fun outside of the dorms. We Gallatin kids spit at the word “major,” for we are the non-conformist lost souls with open minds who eventually decide upon a “concentration.” Aka, we are as hipster as it gets, often getting distracted by the American Apparel and Shakespeare & Co. visible out the window.

Hangouts: NYU kids strive for swankier night life than most, and were probably responsible for the underage incidents at The Jane (sorry, Manhattan). Other hangouts include Avenue, Antik, and my friends’ personal favorite, the KGB Bar. Students often nurse hangovers with free classes at “Yoga to the People” on St. Marks. 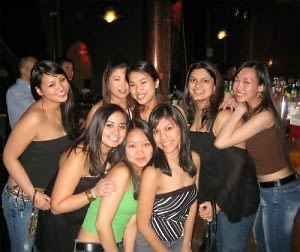 Pace University – “I don’t like school but I love Manhattan”

With only 11% of students having had a GPA of 3.75 or higher, it’s safe to say that these students weren’t exactly “academically driven” in high school, and may have come to the big city for other reasons.

Hangouts: These kids often escape the island to hang out in bars and at apartment parties in Williamsburg, Brooklyn.

Due to their Jesuit educations, these students are quite literally “holier than thou.” Filled with Catholics, townies, and some of the only real frat boys in NYC, the student population tends to be politically conservative and somewhat money-driven, often having had a Catholic school background.

Hangouts: Mugzs on Mondays for beer pong tournaments, Tinkers on Tuesdays, and house parties on Thursdays, Fridays, and Saturdays. On the seventh day, they rest.

Pratt Institute of Design “I am an artist.”

Arsty, extremely alternative, and pretentious sums up Pratt kids pretty thoroughly. While NYU kids aspire to reach their level of “alternative-ness,” Pratt kids aspire to be, well, homeless. These are the kids staying up 24/7 (by whatever substances necessary) to finish projects. Being one of the leading art schools in the US, work of alumni can be seen in almost any museum or sky scraper.

Hangouts: Five Spot, Rope, and tons of unknown holes in the wall.

Clothes: Lots of hand-made clothing, as well as anything that looks like it was picked out of a dumpster. 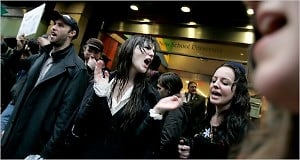 The New School "Too Cool For Normal School"

Similar to NYU, these students depend on which department they attend. Students of the Parsons School of Design tend to be gay boys, rich girls, and international students, with graduates including Mark Jacobs, Donna Karan, and Isaac Mizrahi. These are the ones incessantly chain smoking on 12th Street and 3rd Avenue. Students at the Eugene Lang College for Liberal Arts, however, are simply hippies. Graduates include musicians Matisyahu and Sufjan Stevens, as well as Emily Gould, former co-editor of Gawker. Attempted graduates include Olivia Palermo. New School Students are known for the frequent protests and "study-ins".

Hangouts and clothing, due to location, are similar to those of NYU students.