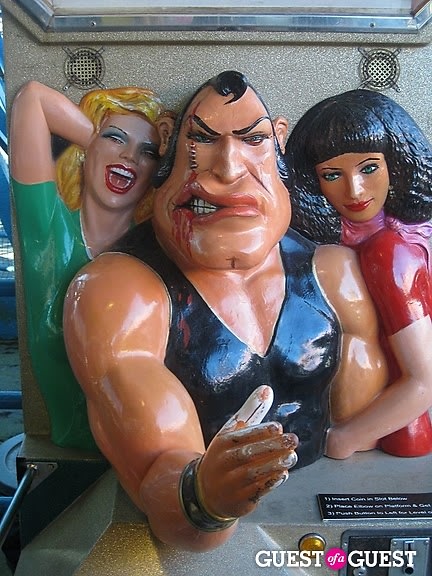 George Tilyou was definitely onto something when he spoke of this famous piece of Americana. At it's height, Coney island was the attainable coastline for many New Yorkers in the summer.

A time before every aspiring Tom Dick and Harry bought a round trip ticket on the Hampton Jitney to pile onto a shared mattress, disposable toothbrush in hand. So why have we abandoned our backyard?

The trend to push further and further out East to the ends of the peninsula known as Long Island has continued at a feverish pace. In the American psyche, the race to find the "next best thing" simply knows no limits.  Most recently, the Surf Lodge has brought the "scene" all the way out to Montauk. The typical sweat boxes in Southampton such as Pink Elephant and Dune are no longer replete with Manhattannites (Jerseyites?). Instead these folk have opted for the greener pastures of Montauk, braving traffic and over zealous township police forces for their piece of the faux surfing culture of designer board shorts and trucker hats.  But there is only one problem.  There is nowhere left to go, and when the far East runs its course, where to next?

(Again) Enter Coney Island.  The only logical destination is a reversion back to the starting point.  Think Dr. Martens and Wayfarers.  So I will outline the case for summering in(at) Coney Island and why it makes sense especially given Mayor Bloomberg's recent announcement of the new Luna Park:

Transportation: Even to reach the nearest point of the Hamptons (Westhampton aka "Worsthampton") you have to battle through the Midtown Tunnel and the Long Island Expressway.  The other option is the LIRR (aka Canonball Express), which will still take you several hours.  On Fridays there is enough Lily Pulitzer and Vineyard Vines to make you want to vomit in mouth (VIM).  Coney Island on the other hand is a pleasant 45 minute ride to Stillwell Avenue on the D,Q,N or F train.  Morever, you can drink and ride. Winner: Coney Island.

Rides: The Coney Island Cyclone is reason enough.  Sure, there are a bunch of carnivals that make their way through South Fork during the summer, but do you really want to spend your time around Carnies?  Didn't think so.  Winner: Coney Island.

Drinks - You could opt for a boozy brunch with $65 dollar bottles of Rose in the Hamptons or visit Beer Island for a super large selection that you can brown bag on the beach and the boardwalk.  Winner: Coney Island. 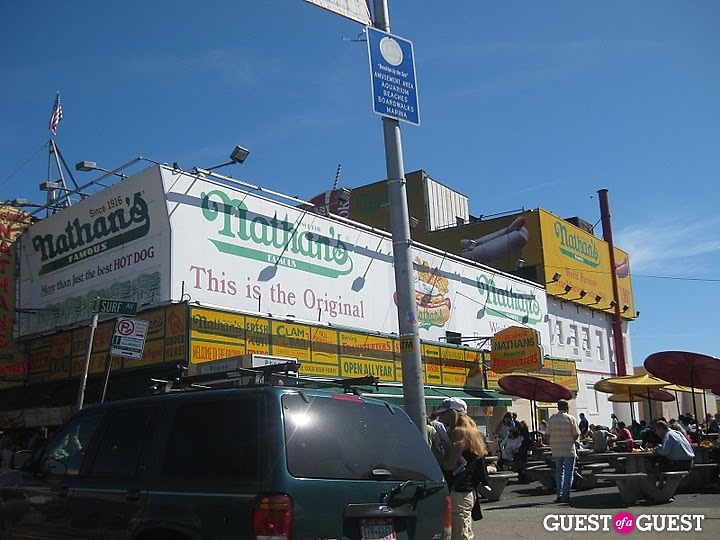 Beaches: Ok this is a tough one.  Yes you might find a syringe washed up on shore or a plethora discarded corn dog sticks.  But if you are in the Hamptons, history has proven that you will inevitably be pulled to the "beach" at Capri Cabana to drink the day away.  As you proceed to get three sheets to the wind, you will naturally take off your footwear and walk around on sand that someone pissed in around 3:27am the night before.  Winner: Undecided.

There you have it, a simple and conclusive analysis.  But let's just make sure to keep this secret between us girls, afterall we don't want Coney island to become too gentrified.  See you at Beer Island!