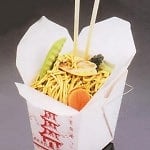 Note from GofG: Please help us welcome our newest edition to our team. Our first Chinese/Jew studying Art, Culture, and all things New York...Chewess;

Ichoo esI noun Chinese + Jewess: Oh wow she's good at math, but she sure can complain; oy, she is quite the chewess. other variations include Jewnese or Bujew.

A name is but an arbitrary label. As Gustave Courbet once astutely noted, "Titles have never given the right idea of things; if they did, works would be unnecessary." Don't let the name fool you, just read without tinted lenses, unless they are colored rose, that is.

If Ralph Waldo Emerson was correct and "[Wo]Man is the most composite of all creatures," I am the sheer embodiment of that fact. Aside from the genetic disposition, which was entirely beyond my control (unless you are convinced by the Tibetan buddhist theory, where it is believed that one chooses their parents during the act of copulation), I derive inspiration from a variety of sources. Somehow as an undergraduate in New York City, one manages to evolve into a mutt. One is not quite On the Road in the city that never sleeps, yet one gains experiences that would make Jack Kerouac and Allen Ginsberg blush.

I hail from the rather remote, yet exotic little county, many of you may know as Queens. Perhaps you've only heard of this distant land in passing, but never bothered to make the trek across the 59th Street Bridge (despite the lyrical encouragement from Simon and Garfunkel). Perhaps, it's scary, it certainly has a different feel, one more real than the rest of this ever-evolving city. The melange of ethnicities evokes a vision of an old world New York. Nathan Glazer and Daniel Moynihan were wrong, it is here in Queens where the melting pot bubbles. I want to serve you a hearty helping of that warm, untainted medley, so much so you'll pull an Oliver Twist and ask "Please, ma'am, I want some more."

From art to clothes to culture to cuisine, you'll be sure to get a rich taste of whatever is on the menu. Be sure to ask for the soupe du jour.