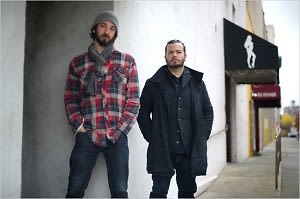 Matt Kliegman and Carlos Quirarte's Westway was pushed back month after month. Scheduled to open in February, the men behind The Jane Ballroom and The Smile finally worked out the kinks with the Community Board and opened last week. From the initial response, it's positioned to be the new "it" spot amongst the hip set. We've got the full scoop on the place from Kliegman:

The question on everyone's mind when it comes to the venue, housed in the former Westside Gentleman's Club, is about what happened to the hipster strippers and if they are upset about the concept being nixed. But Kliegman doesn't want to talk about that, brushing questions off by saying "I think the intention of the venue was always dance, we only contemplated one night of topless dancing anyway."

Instead he is focusing on what the Westway is, saying "I think the place looks amazing and we’re super exciting about it."

And we are too.

What differentiates Westway from other clubs?

You mentioned dancing? What kind of music will you play?

A variety of stuff.  I think there'll be a mix, and we might experiment a little more, maybe a night of reggae, dance hall. It's fun. 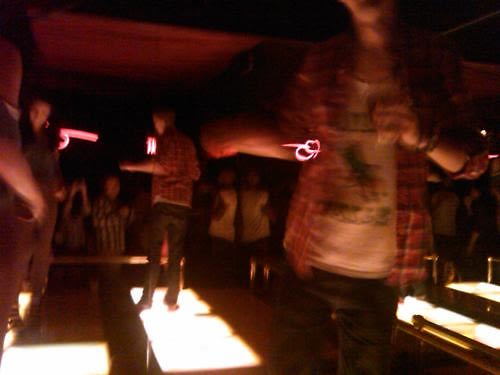 What about rock music?

Of course, I mean the standard stuff is not changing. Your standard mix of rock, electro, hip hop and oldies I guess is not going anywhere, but I think we’re going to really focus on hiring really great DJ’s. In fact A-Trak just DJ’ed on Friday. And then we might mix it up a little bit.

Do you have anyone on board now who might be a regular DJ?

We’re figuring that out, we’re testing out people as we speak.

And what about the door? How tough will it be?

Uh, you know. The vibe inside is not pretentious. It's super welcoming and super diverse, I think that’s what makes the best parties.

Any tips or advice for getting in?

I mean Carlos and I were talking about it the other day and there’s this myth, that you know, and I’ve heard this myth before that when you go to a place you have to walk in and pretend like you own the place. I don’t think that works. I think that’s the worst thing you could do.  Just be nice, be polite, and you know, be honest. I mean, it’s the truth.

And how is West Way different from anything you’ve done before?

We’re doing canned beers and plastic cups, and it's really supposed to be like super, super fun.

Are you worried that with cans people will sneak things in?

People sneak in stuff everywhere. We find stuff here [The Jane]. Ya know, people are always going to sneak stuff in, I think what encourages people to sneak stuff in is when you have really expensive drinks. 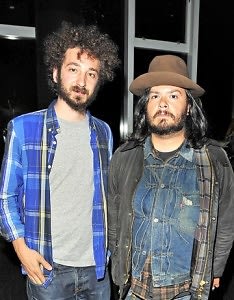 What’s the average price of a drink? Like what’s a jack and diet coke cost?

What was the most challenging part of doing this? Did you have a moment where you’re like…”is it ever going to open?”

I think we definitely thought it was going to open a lot sooner than it is. And you know what, I was talking to this yoga teacher today and he was saying the same thing. He’s like “you know I can’t understand”, he just opened a yoga studio, and he’s ”how did you deal with that?” I think we learned a lot in the process, and I think we can look at that like once you’re like learning from an experience it can help it go a lot better. And I think we learned a lot.

So you’re prepared now for whatever may come?

Yeah for the next one.

The day that you guys got all the approvals, the permits, and you first opened, what was going through your head?

Well I think the funniest anecdote is that the day that we had all our permits and we finally opened, Carlos had been saving a very, very nice bottle of champagne, and had put it away at the Westway in a not so secure place. Well, in hindsight it wasn’t so secure. He thought it was.  And it turned out that somebody had drank it, and we found the bottle.  But we’re excited. It’s going to be a lot of fun.

Besides the Jane and your own stuff where do you like to hang out?

Besides The Smile, The Jane and the West Way now, in the little free time that we have? We really like…I eat a lot at Torrisi over on Mulberry and Prince. Those are really great guys, and the foods great.

You do have a packed schedule.  How do you manage?

Ha ha. It’s dark in here so you can’t see the bags under my eyes. Yeah no, it's good, everything’s good. It's good to have a partner. 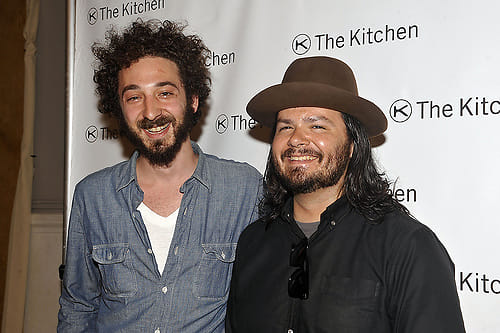 What do you think you bring to the table and what does Carlos bring?

I think we compliment each other incredibly well. While we have some unique skill sets that’s only like 20%, and the other 80% of each of us is just really, kind of in sync.

What do you think are your own unique skills?

That’s a hard question. I don’t know. We both stress at different times, so whenever I’m super low key he can stress a little bit, but like a week before something I’m stressing and he’s super low key. [Hipster Stripster: From The Jane Ballroom To West Side Strip Club, Is NYC Nightlife Becoming Gritty (Again)?] [Daily Style Phile: Carlos Quirarte And Matt Kliegman, Having A (Very Hip) Moment] [Fashion Week's Top Parties: The Official GofG List] [Westway Strip Club Gains Momentum]