Filming outside our Bowery office, Gossip Girl has made coming to work a lot more enjoyable. Now in Day 2 of watch, we can confirm that Chace Crawford is still deathly handsome (you'd think he's hawking plaid from the model shots, below), almost disconcertingly so. Also, DJ Nick Cohen is apparently friends with the cast, either that or he's making an appearance this season (possibly following on again off again girlfriend Alexandra's premiere episode cameo?). Or maybe he just needed to sit and catch his breath, on the trailor steps. Further, we can also confirm that Eric is not dead. Maybe his absence from the past few episodes is due to lack of interest in the sibs, as Little J hasn't gotten much love, either. That looks to be changing, however, since Taylor Momsen is decked out something scary fierce for what's taping downstairs, so we should maybe prep ourselves for more drama from the bad Humphrey. Oh, the anticipation! How far away is Monday? 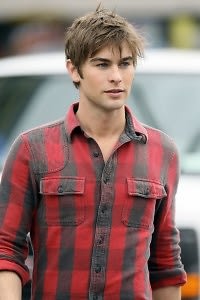 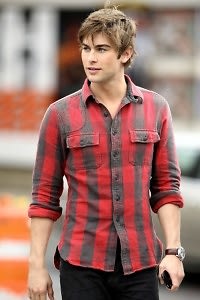 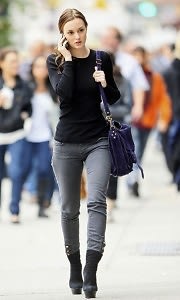 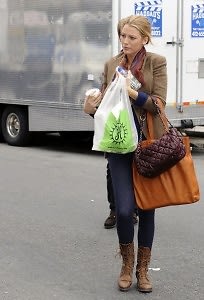 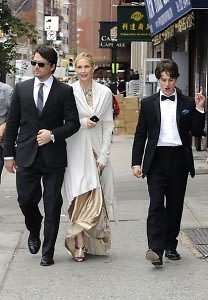 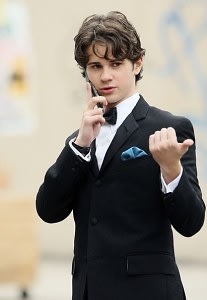 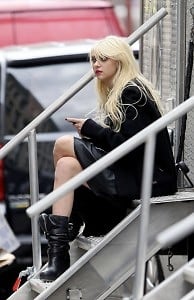 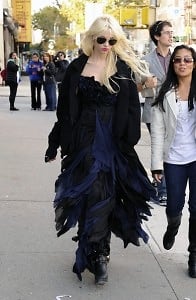