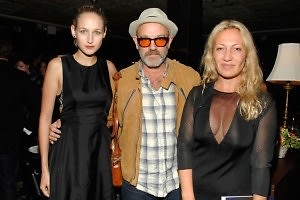 Last night Courtney Love rocked out the Hiro Ballroom, then partied with Adrian Grenier and Nur Khan at the opening of the Electric Room beneath the Dream Hotel, Annie Leibovitz hosted the Kardashian sisters, Karl Lagerfeld showed off his designs, BFA had a birthday, and Interview Magazine held a dinner for Christopher Bollen (left). Last night's parties were all about the show and tell! 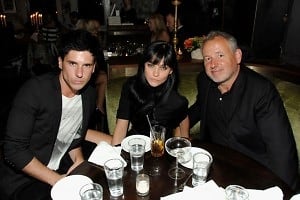 Who was there: Writer Christopher Bollen hung out with guests such as Leelee Sobieski, Michael Stipe, Adam Kimmel, Leigh Lezark, Nate Lowman, Daphne Guinness, Sky Ferreira, Sophia Lamar, along with many others for dinner and drinks.

Other Details: "Lightning People" is Bollen's first novel, though he is most well known for his writing based in art, literature, and culture. The novel is based on transplanted 30-somethings in Manhattan and was officially released September 1st. Moët & Chandon provided generous sponsorship for the dinner while Belvedere sponsored the party. The evening’s festivities marked the first to take place in Soho House New York’s highly anticipated, redesigned Sixth Floor Club space. 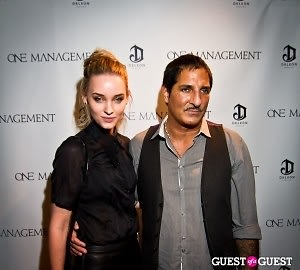 Where: Dream Hotel and Hiro Ballroom

Who was there: Courtney Love rocked out with her band Hole at Hiro Ballroom with guests such as Ally and Andy Hilfiger, Johan Lindeberg and Peter Davis, before the party moved down the block to the Electric Room beneath the Dream Hotel. Guests included Adrian Grenier, Alexa Winner, Russell Simmons and, of course, One Management founder Scott Lipps. Go HERE for more photos and tag yourself and your friends!

Other Details: Nur Khan's new very tight-door club will only allow 90 to 100 people to enter  - which is already causing a total shit show at the door. The club has a ramp were guests waited to see if they could get in, like a "loading dock" as one of our guests described it. The soft opening celebrated 10 years of the modeling agency One Management, which has represented models including Bar Refaeli, Iman and Claudia Schiffer.

According to the press release, Electric Room will have "two gothic-inspired chandeliers" to provide intimate lighting and a separate entrance to the "hidden venue" -- sounds like they are attempting to keep it as exclusive as possible.

Who was there: Khloe, Kim and Kourtney showed off their brand spanking new line for Sears just in time to get people for Fashion Week.

Other Details: Kourtney, Kim and Khloe celebrated the launch of the Kardashian Kollection for Sears. Guests got an exclusive preview of the sisters' line.Recently the photographer and Khloe Kardashian have been under scrutiny for Khloe's tiny body in Leibovitz's photos, causing some to question if air brushing was heavily used. Music was by DJ Lora. 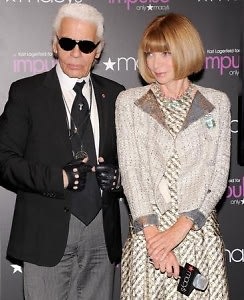 Who was there: Guests, including Coco Rocha, Karl Lagerfeld, Anna Wintour, Terry Lundgren, Leigh Lezark, and Susan Plagemann, came out to see the Lagerfeld creations for Impulse Only.

Other Details: The Misshapes spun for the crowd after hours at the Macy's store.

Who was there:  Guests, which included Paul Johnson Calderon, Julia Wetherell, Bryan Boy, Peter Davis, Mickey Boardman, and Topper Mortimer came out to cheers Billy Farrell on one year with his photography website.

Other Details: Billy Farrell celebrated one year of success with his photography agency with friends such as David X. Prutting, Joe Schildhorn, and Neil Rasmus, as they all dressed alike in matching suits.