One thing these guys above are good at? Defending their non-hipster, hipster titles. One thing they're bad at? Taking a joke. Yesterday I had some fun putting up this fairly innocuous post about the rise of topless hipsters on the beaches of Ditch Plains in Montauk. I added in a deliberately low res photo as evidence. The folks in the photo (from INVEN.TORY- also in above photos) happened to see said post, and that's how we ended up here...

"Maybe I'll defend myself," I thought. "Explain that it was an obvious tongue-in-cheek post in which they happened to captivate the idea I was trying to convey quite nicely."

"Also, don't they realize they can't bring a deer head to the beach, sprawl out topless in a back bend, and have ridiculously structured costumes without people taking notice!? I don't care what they are protesting. H-e-l-l-o. Everyone was looking at you guys, and you obviously aren't shy about it." 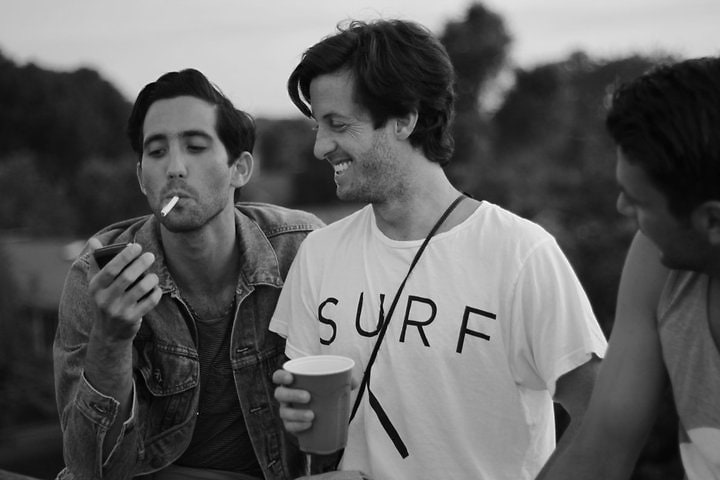 [Do not call them hipsters!]

"And what makes a hipster anyway? This paragraph: 'The surfers, the skateboarders, the "gypsets", the bohemian, the fashion photographers, the Beats, Hippies, and Hipsters, the new media titans, the influencers of industries.' pretty much summed up what I was going for. The outlaws. Entrepreneur from Nolita fits in that category...do they NOT want to be known as influencers of industries?

"Lastly, a hipster transcends money. There are just as many well to do hipsters as there are struggling ones." 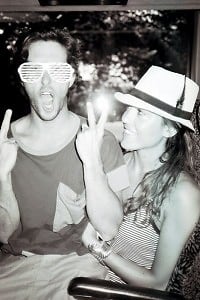 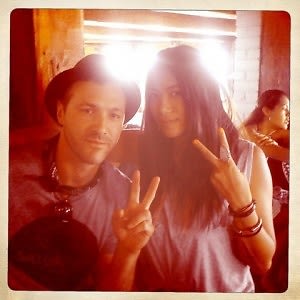 [No, seriously guys. These people are NOT hipsters ok?]

Alas, I'm a hipster, you're a hipster, everyone's a hip hip hipster. The point is this. "Hipster" is a term that is widely used to represent a group of individuals that seem to posses very similar sensibilities to that of these people in the photo. Unfortunately, these non-hipster hipsters seem to be trying so hard to be labeled as different from the"hipsters" that they are missing the point entirely. Do they not want to emulate similar individuals in said category? Ernest Hemingway, The Beats, The "gypset", the Entreprenuer, the Social Outlaws?  I'm going to argue that they should own to your "hip" ness.

Good. Now that we have that settled, I'll see you guys on the beach this weekend. 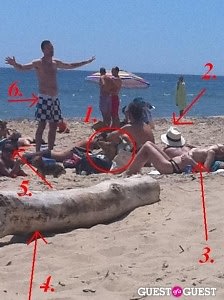