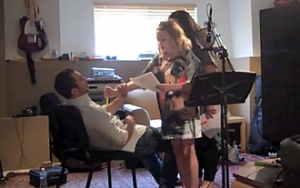 Tavi Gevinson, the wunderkind of fashion reporting and editor of the new teen mag Rookie, adds two more gold stars to her already stylish resume: acting and singing. This Sunday, the tween queen is set to sing Neil Young's "Heart of Gold" at The Standard East Village, promoting her first voice acting role in CADAVER, a short animated film starring Kathy Bates and Christopher Lloyd. We spoke with director Jonah Ansell about his upcoming film, working with Tavi, and his fondness for food and Chicago.

How did this project come about?

About a year and a half ago, my little sister, who is a medical student at Northwestern, sent me a frantic email. They were making the med students do some sort of creative assignment, like, “tell us what you think this cadaver’s life must’ve been like, write a haiku, or draw a picture,” I think it was intended to get the kids to realize that the body that they were going to spend the next semester dissecting was once a living, breathing human and that they needed to treat it with respect. So, I wrote this little poem, a love story in fact, about a cadaver who wakes up and begs the med student to help him say a last goodbye to his wife -- who he didn't get to say farewell to, before he died. I didn't think anything of it. I went on with my day. In fact, I think a whole year went by. But something in the story kept drawing me back to it.

Mr. Ansell expands upon this concept on the film's website:

CADAVER isn’t just any old love story. It is a cinematic poem. Literally, it rhymes. Inspired by the wit of Shel Silverstein and the wisdom of William Shakespeare, it is a 21st century love sonnet that seeks to awaken the hopeful romantic within even the harshest cynic. (A line spoken by Christopher Lloyd is: "Romantic vows indeed deceive, and crush what I wear on my sleeve.") 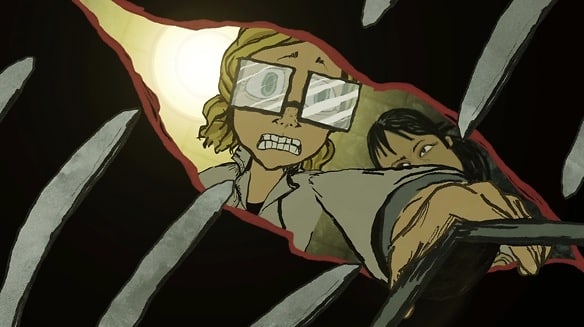 Tavi's a great family friend and we've had a really fun time collaborating on creative stuff. We share these kind of dorky, goofy esoteric senses of humor and we we come from this little town back in Oak Park, a suburb of Chicago. We first started working on creative projects in my parents living room. For CADAVER, we went to a friend's basement home studio on the North Side of Chicago last Easter Sunday, ordered in some takeout, and recorded the dialogue and scenes of the film. Film-making is problem solving, and Tavi brings a preternaturally acute, aware, observant, incisive and curious mind to the table. It wasn't just like, "Ok, Tavi do the lines," we would talk about why the lines were the lines, she really took time to understand the character. In fact, at one point, we actually changed a couple of lines of the script because through working together we realized "the character would never say that." And, at one point, when she read one of the lines wrong -- we both slowed down to say -- "Hey, I know that was an accident but... isn't that funny?" And we went with it!

And how did Christopher Lloyd and Kathy Bates become involved?

We made a wish list. A list of our absolute dream actors to work with -- and at the top of the list was Christopher Lloyd. One Flew Over the Cuckoo's Nest is one of my favorite movies of all time and I literally have a Back to the Future poster on the wall of my office in L.A. As for Kathy Bates, well this one was a little more difficult, more on an emotional level, because I've had nightmares about Kathy Bates ever since seeing Misery. Any good writer should! But we thought about how cool it would be to get Kathy to be the cadaver's love interest -- a very non Katherine Heigl choice -- and we asked her. She bludgeoned one of our production assistant's ankles and then happily agreed to come on board. No, she loved the story, really loved this bittersweet little love story that we created -- and we're really pumped to announce that she loves the film so much that she and Christopher Lloyd have both agreed to reprise their roles in the feature-length version of Cadaver. We are currently looking to bring on an Executive Producer to help us develop the film into a feature project. So, uh, Ron Howard if you're listening, I have your next film. 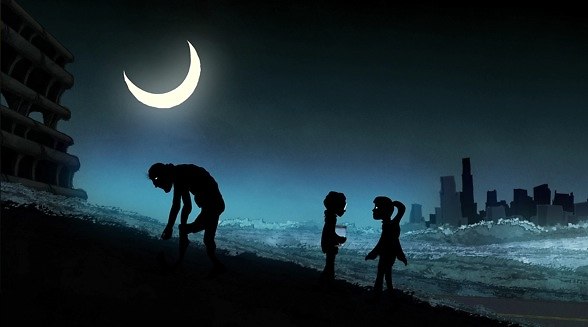 I really look up to David Byrne, the former frontman for the Talking Heads. He has a brilliant mind and has applied that mind to all sorts of cultural realms. From music, to art, to writing, to film, to bicycling and more, he has categorically refused societal attempts to silo him to a single vertical. "Oh, you're David Byrne, the guy from the Talking Heads." Perhaps, but what he really is, is an explorer and commentator of the human condition. And no matter what medium he chooses, you're always curious to what his perspective is going to be. And I bring him up because it was my love for music that actually led me to film. And even though I sucked at music, I absolutely loved how music unlocked the barriers within people. We try to put up walls to safeguard ourselves from the world around us and music just doesn't give a shit. Good music will knock those walls down. Good film will do that too. And even though I couldn't play the cello as a kid (my first film (also starring Tavi) was based on a true story of how fifth-grade me would trick my mom into thinking I was playing my cello), I had always been a pretty okay writer. So I chose film. I chose film because I want to craft stories that explore the tragedy of the human condition. What tears people apart and what inspires them to keep going. Alexander Payne is a guy who is doing this particularly well today -- from Election to Sideways to more recently, The Descendants. Even Toy Story 3 really explores the concept of "aging" and "What is our purpose on earth when our intended function's long gone?," in a truly remarkable way. Also, they use humor. Which is essential.

Where do you like to go out in LA?

To be honest, I've never been to a club in LA. I am a total foodie though and honestly, I almost wish my phenotype reflected my love of food to boldly declare to the world just how much I love to eat. One of my favorite spots is The Cheese Store of Beverly Hills. My wife and I love to go there and just give them our disposable income. I also love how L.A. has reinvented the burger. You'll spend about $14 bucks, but I love Father's Office and I'm starting to warm up to Umami. But all that said, I'm from Chicago, and man, Chicago has the best food in the country. You just can't beat Johnnie's Beef sandwiches. Eating a Johnnie's Beef combo feels like life is giving you a blowjob. Always dipped with a fork. Always giardiniera. 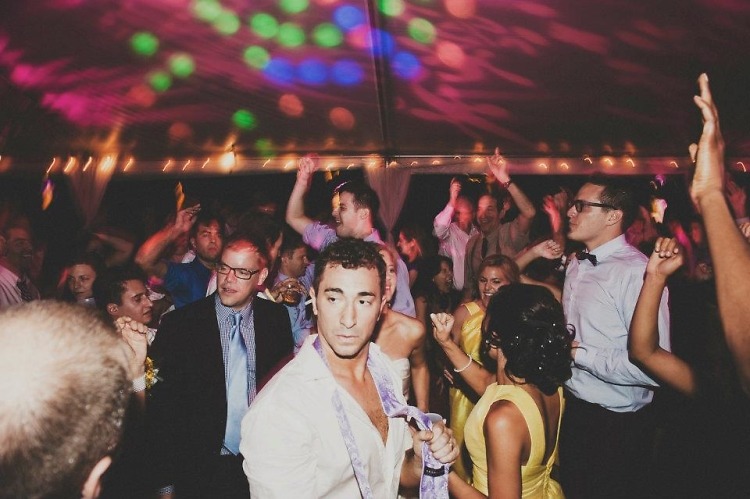 I want the power to eat whatever I want and have it not affect my rapidly ascending cholesterol levels.

And why should Guest of a Guest readers watch your film?

Cadaver screens this Sunday at midnight to a private audience at The Standard East Village. For more information, go HERE.

[CADAVER - The Film - Trailer from JAMS on Vimeo]